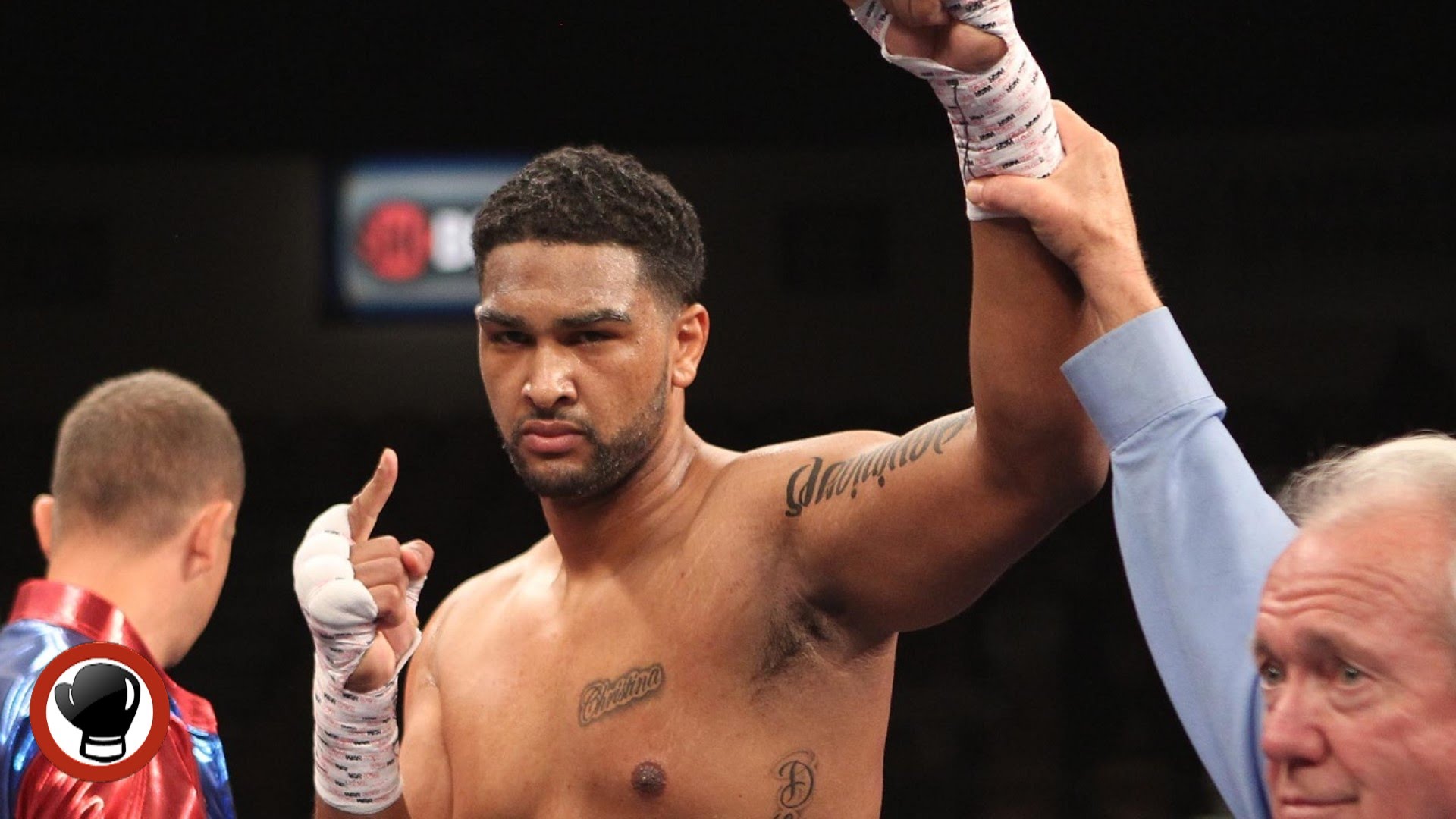 In the co-feature of PBC on NBC, Dominic Breazeale (16-0, 14KO’s) squared off against Fred Kassi. The former Olympian had a 7-inch height and reach advantage. Breazeale was coming into the fight with a five fight KO/TKO streak, but this wasn’t his usual opponent and Kassi has definitely been in the ring with better fighters that Breazeale has ever seen.

There wasn’t a great sense of urgency from either fighter, but especially Breazeale who was in there to look good in front of a big TV crowd. His punches were extremely lackadaisical in the early going and the argument could be made that both fighters were feeling each other out, you could even go further by pointing out that Breazeale is a slow starter by nature, but the point is there were openings that the former Olympian didn’t exploit.

If Breazeale won the first round, and he probably did, it was only because Kassi got started late and allowed himself to match tempo with his 6’7” opponent. Still, Kassi did some things in that first round that were impressive.

By the end of the first round, Kassi had gained momentum and it carried over into the 2nd round. Breazeale was getting noticeable frustrated as Kassi mixed up his attack and used an assortment of punches. Well, actually Kassi was throwing the same punches, but he was using them in different ways, making it a point to go heavy on the power punches and then switch things up by setting up his attack a bit more methodically.

Kassi was able to string together some good offense through consecutive rounds, he even managed to land some big left hands out of the southpaw position.

By the 4th round, Breazeale was starting to wake up a bit more, presumably because he was aware that he could be falling behind. Before the 4th round, Breazeale’s only offense consisted of lazily thrown stay-busy punches and smothering tacitics out of frustration. However, Breazeale woke up in the 4th and came up with some big shots, by far his most impressive output in the fight to that point.

Kassi had moments of his own in that 4th round, and it really was his round to start things off, landing a big overhand right flush on the chin of Breazeale.

Breazeale really was getting better, but it was clear that he was used to his opponents going along with his fight and rarely challenging the tempo, which Kassi was not going to do.

Even with the enormous height advantage, Breazeale was having more trouble than he probably should’ve getting to his opponent. In fact, in the 7th round, Kassi was able to back up Breazeale is certain spots as Breazeale’s fastball lost some velocity and his volume was never where it was supposed to be.

Kassi had eaten some of the biggest shots without much trouble and that presumable weakened Breazeale’s authority in the ring, which he depends on to set the tempo and keep it. He leans on the fact that his opponent will either go into the fight beaten or concede once they felt the power, Kassi did neither.

The fight was close, but Breazeale pulled away a bit at the end. This fight would come down to whether or not Breazeale did enough at the beginning of the fight to get a return on his late stage turnaround, but the question would also be answered whether or not Kassi was given the credit he deserved throughout the fight.

The scores came in after the 10th and final round ended and Breazeale walked away with a unanimous decision on some pretty wide margins. The judges turned in the scores of 97-93, 98-92 and 100-90. Of course, Breazeale did enough to conceivably win the fight on the scorecards, but it was close, and it certainly wasn’t a shutout by any means.

The punch tallies were fairly similar, other than the fact that Breazeale was busier as well as less accurate. He landed 118 of 555 punches thrown and Kassi landed 119 out of 458.