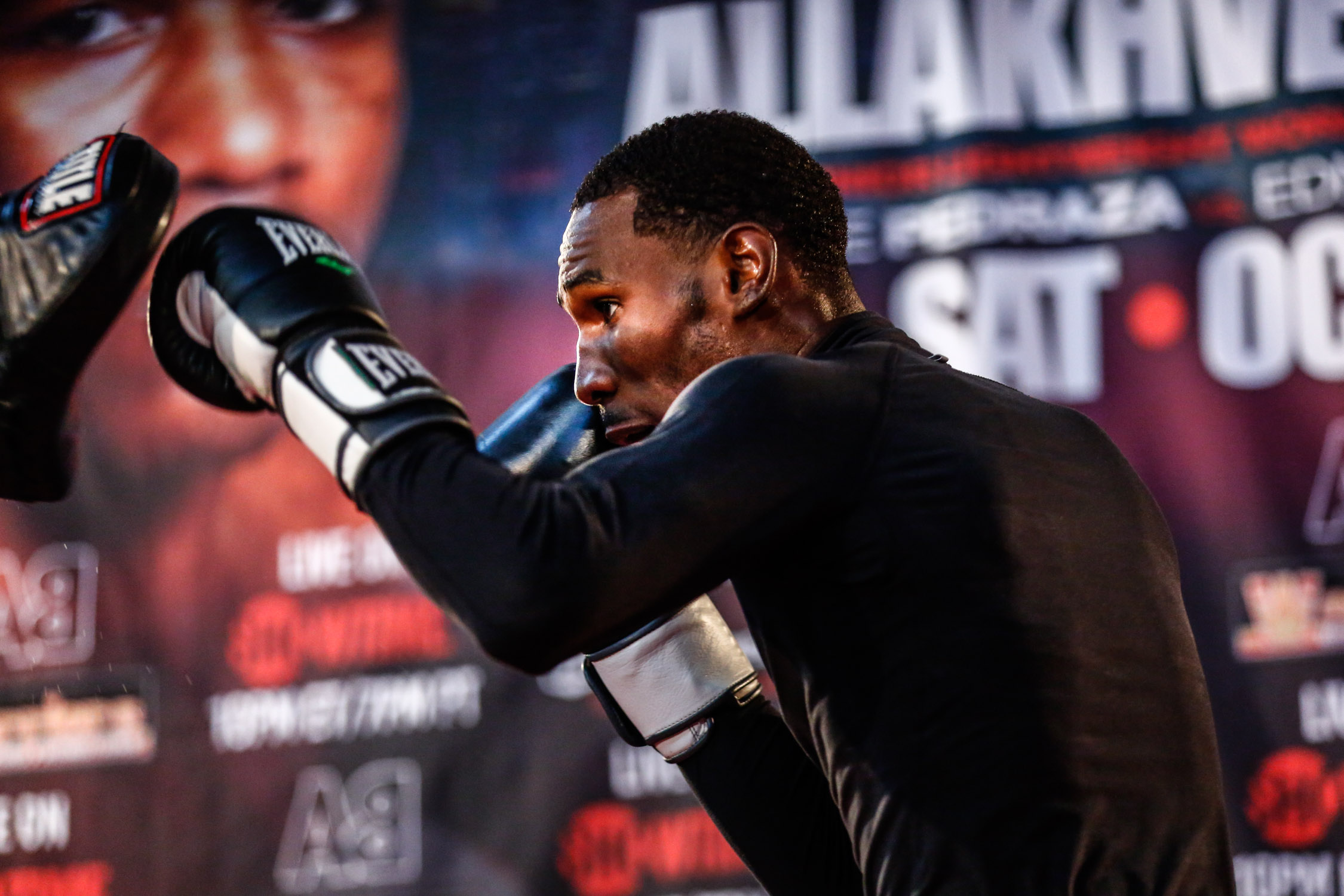 In tonight’s co-main event of PBC on Spike, fans are in for a bout between two young and undefeated knockout artists. A son of a notable boxer, Robert Easter Jr. (17-0, 14 KO’s), is going up against Ghana’s proud iron-fisted son, Richard Commey (24-0, 22 KO’s). Both men have incredible power in both hands, with each not facing a decision since 2014, but they are quite different styles.

Robert Easter Jr., a member of About Billions Promotions, has been seen as a red-hot prospect in the lightweight division for a few years now. Along with carrying a name of a former boxer, which can only help a boxer’s career, he also has the skills to actually reach the hype surrounding him. Easter fashions his own brand of the Philly shell that his mentors Floyd Mayweather Jr. and Adrien Broner have as well. He does not have the same defensive skill that those men have, but he uses the shell to work for odd angles to then throw massive shots from.

Easter usually throws in short combinations after creating space with his elbows on the inside. On the outside, he is relatively efficient at being the one making the pace and looking for big shots off of lazy jabs. He himself has a proficient jab in which he uses to set up his big right straight, overhand, or uppercut.

His last fight was against the tough Argenis Mendez, who had lost to Rances Barthelemy but beat Miguel Vasquez. Easter controlled the whole fight till he started to gas, however his power, the great equalizer in boxing, won him the fight. He slipped a combination from Mendez; then he came back with a double-jab and then a thunderous overhand right putting Mendez down and out.

Richard Commey though will be Easter’s most dangerous opponent due to the insane power Commey possesses. Easter is the like the katana, art, and beauty mixed with pure violence, while Commey is like a heat seeking missile or a cluster bomb, efficient but devastating just from the volume and destruction that is caused on his victims.

Commey though is a skilled boxer but he possesses a strong chin from what we have seen so far, unlimited cardio, and inherent power that cannot be taught. He may not have that one punch knockout power outright but it’s that brutal punishing power that after four rounds makes most normal men want to quit. Commey though is untested against known names. His biggest wins are against Gary Buckland and Bahodir Mamadjonov.

How will this fight play out? One thing is almost certain; it will not reach the final bell. Each man comes with his own brand of knockout expertise; Easter with precision and timing contrasted with Commey and his volume and devastation. Both men like to be the ones determining the pace, however only one can work off the back foot to any level of dexterity.

The first round to the third will have each try to force the other one backward. Commey with his pure will and determination will end up being the one moving forward for most of the fight. Easter, therefore, will have to be smart in this fight. If Easter level changes, escapes out the side door, while setting up combinations to the body and then the head, he will find success. Commey while wildly aggressive is also open in his aggression. There’s a reason he is known for having a good chin. Easter having the power to put people’s lights out in an instant will have to set up that shot. It will not come as easy like it did against a gassed Mendez. Commey doesn’t tire easily but he is more open. Going to the body early and often will be a key for Easter not only because it will hopefully slow down a bull rushing Commey, but because it will set up that powerful right shot he possesses.

Commey will have to put the pressure on Easter instantly. If he allows Easter time and space to set up his shots it will be a rough night for him. Commey must crowd Easter and throw combinations to the body. Easter has a questionable gas tank so that must be a top priority for Commey to target. He also has to throw that lead left hook as Easter tries to slip to Commey’s left side. Easter will continue to try to go laterally instead of going straight back. Commey has to make Easter go straight backward because with Easter’s subpar Philly shell it makes him susceptible to shots in that situation.

For however long this fight lasts it could be the dark horse for the possible best fight out of the whole weekend. Easter will eat some big shots in this fight and have his chin truly tested. This is a hard style matchup for the developing Easter, however, because Commey is so incredibly hittable and Easter’s accuracy and timing are excellent; I see Easter hurting Commey off a counter and finishing him from there.

Prediction: Robert Easter Jr. defeats Richard Commey via T(KO) in the 6th round.