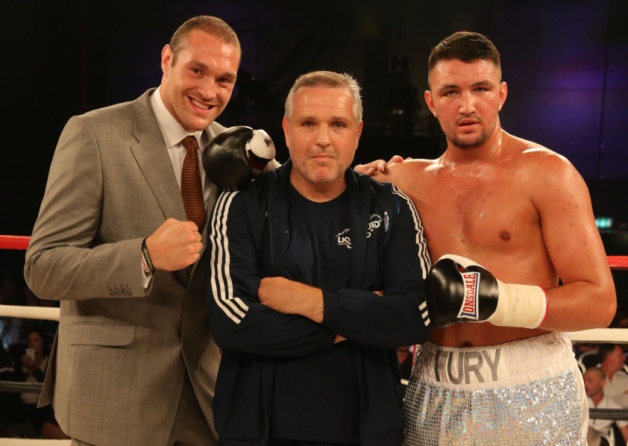 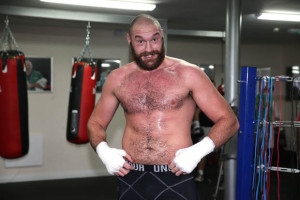 Sparring began for real on Monday, and it was great to see Tyson and Hughie get put through their paces by a number of quality heavyweights.

For this particular camp, we’ve got Kevin Johnson, the American heavyweight due to fight Anthony Joshua in April. As well as Marcin Rekowski, who is 15-1, and Sean ‘Sexy’ Turner from Dublin. It’s a nice mix of experience and youth.

We’ve had Kevin twice in camp now, and it’s always good to have him around. He’s a good lad, Kevin, and he’s the ultimate professional. He does his job properly. When he’s got the bit between his teeth and has a big fight coming up, you get the good work out of him. He does what he needs to do and is ideal for what we need.

Not everybody is, however. The likes of Johnson come back to us because they like what they see; we’re fair with them, and they want to return. The ones who don’t come back, however, are the ones who come over and don’t perform in sparring. They don’t give me what I want. Some of them come over and think they’re just getting an easy payday. They do the bare minimum and expect that to be enough. Then comes the reality check. We soon get rid of them.

Sparring, I believe, is majorly important to a fighter’s development. You have to have it because it helps detect any mistakes and flaws. You’ll quickly pick up on and work on mistakes if a boxer is being punished by a sparring partner every time he makes one. Sparring puts boxers under pressure. They’re getting punched back, and they’re simulating a fight.

Also, when you have sparring partners they’re not used to, and you then rotate them – in and out – it’s a different ballgame. It’s impossible for Tyson and Hughie to get accustomed to any one style. Just when they think they’ve sussed one of the sparring partners, he’ll jump out and another one will jump in. It teaches them to be adjustable and to develop not just one way of fighting but a variety of ways of fighting.

Typically, I’ll have a sparring partner do no more than one round at a time. Johnson, for example, will do a round and will then be replaced by Rekwoski. After Rekowski’s done a round, he’ll be replaced by Turner and so on. I find it keeps them fresh if I’m only giving them a round at a time. They know they can give their maximum effort for that one round and then refresh 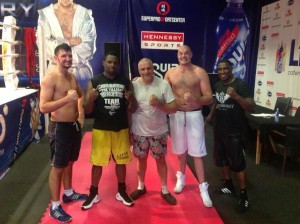 afterwards ready for the next round we need from them.

Tyson and Hughie, during these sessions, will simply work on what they’re being told. It’s almost as if the opponent in front of them doesn’t exist. They’ll just go through the motions and work on what they need to work on. They’ll work on their flaws. If we’re looking to work a certain style, they’ll practice that and make the mistakes in sparring rather than on fight night itself. They’re just working on their game plan. It’s not about getting the better of the sparring partner or beating them up. That doesn’t prove anything at this stage. They have no interest in that. They’re simply focused on working towards fight night.

All in all, I’ll look for Tyson and Hughie to spar five days a week, and they’ll do ten rounds each. It’s enough.

For Hughie, in particular, this camp is vital. Hughie is in a big fight, and he’s right up there now and ready to go in with the big boys. He’s always done full-on sparring, to be fair, so this is nothing new to him. The only things that have hampered Hughie in the past have been health issues.

But now he’s back to full strength, and he’s going okay so far. So far, so good. He doesn’t have a problem being thrown into hard sparring. He can mix it with the best. He’s shown that in previous camps; anybody who has shared the ring with him knows how good Hughie Fury is…