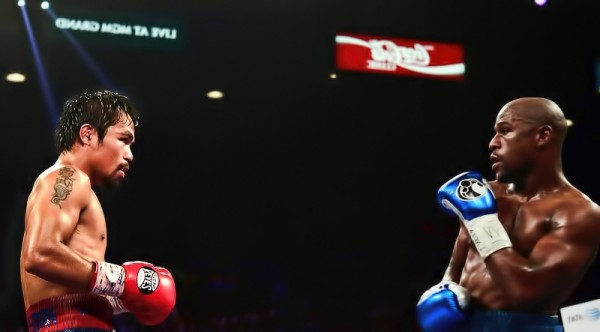 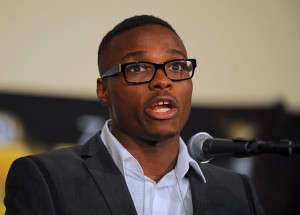 On 4, September 2014, Peter Quillin vacated his WBO middleweight championship, a move that came into question as he gave up a career-high $1.4 million purse. In the end, the move backfired immediately. In a bizarre turn of events, Quillin will be fighting for the same title he relinquished when he fights Andy Lee on 11 April from the Barclays Center in Brooklyn, New York.

Perhaps Quillin gave up the title temporarily to be there for his family. His wife of two years, Allison, recently gave birth to their first child, a boy, in August. On the other hand, there is no denying the fact that Quillin has been quite the inactive fighter, with 2014 being his most inactive year in the ring. Quillin, who fought as many as four fights in 2011, fought just once a year ago.

The new WBO middleweight champion Andy Lee is not going to give it up easily as he had to knock out John Jackson and Matt Korobov just to be in the position he is in now. But do not count Peter Quillin or Andy Lee out; both can pack quite the punch.

Like Floyd Mayweather Jr., Quillin (31-0, 22 KO’s) stands as an undefeated fighter. But unlike ‘Money’, Quillin is trained by Eric Brown. It brings up an interesting equation. We have two undefeated fighters and two very distinct styles, two boxers that are some of the finest at executing that style. In an interview with FightHype.com, Quillin had a similar vantage point.

“I consider Pacquiao a fighter. I consider Floyd a boxer. You got two of the best at what they do going against each other. You got the best pugilist squaring off with the best fighter in the world,” said Quillin.
A question going into ‘The Fight of the Century’ will certainly be if Floyd is going to adapt fast enough to Manny Pacquiao’s southpaw stance. We know Mayweather will adjust, but it will be a matter of when.

Mayweather has had some struggles against southpaws, notably Zab Judah and DeMarcus Corley. However, both still lose by large margins. Judah’s counter jab caused Mayweather to touch the canvas in the sixth round of their 2006 bout, but referee Richard Steele ruled it a slip. Quillin opines that the issues aren’t glaring enough because his record speaks for itself.

“He’s still undefeated. No matter what he looked like in previous fights, he can always fight for a better fight.”

In December 2012, Manny Pacquiao was caught flush with a counter right hand from Mexican legend Juan Manuel Marquez that knocked him out cold. While the loss will always remain on his record, Quillin adds that the eight-division world champion is out to prove himself just as much as Mayweather.

“Pacquiao having the losses he has on his record, he’s always going to have to prove that he can’t lose again, but losing to the best in the world is never that bad.”

In Pacquiao’s most recent defense of his WBO welterweight title against Chris Algieri, Pacquiao employed the lessons he learned from the Marquez fight against Algieri. He was smarter defensively, but still managed to utilize his hand speed and combination punches that have made him a legend in the sport.

In addition, his counter punches on the inside were landing with precision. Quillin used Canelo Alvarez as an example, who was schooled by Mayweather in September 2013 but made use of those lessons in a tune-up bout against Alfredo Angulo in March 2014.

“If you looked at Canelo, when Canelo came back and forth (against Mayweather), he even took some of the tricks that he learned in the Floyd fight and used it against Angulo,” Quillin explained.

At the end of the day, Quillin is excited for both Floyd Mayweather and Manny Pacquiao as they prepare for their epic clash on May 2nd at MGM Grand. On another foot Quillin, who was raised in Mayweather’s hometown of Grand Rapids, Michigan, admits that the six-time ESPY Best Fighter of the Year Award winner, has been one of his biggest inspirations and he will be pulling for him to win the fight.

“It’s a big payday for both of them and I am very happy. I am from Grand Rapids, Michigan. I’ve been inspired by Floyd because of where I’m from. If you have ever been to where I’m from, you would know why it’s such a big thing to be out of there because people have one mindset that I always have to go with the person that made it from where I’m from. My personal favorite doesn’t matter about this fight.

It’s about the best man. Regardless of who you choose and who you pick, it’s always a good thing because you’re supporting people for two different reasons. I’m supporting Floyd because he’s from Grand Rapids, Michigan. He made it out of there, and he inspired me to be where I’m at today. He even gave me credit for being one of the stars of the sport.”