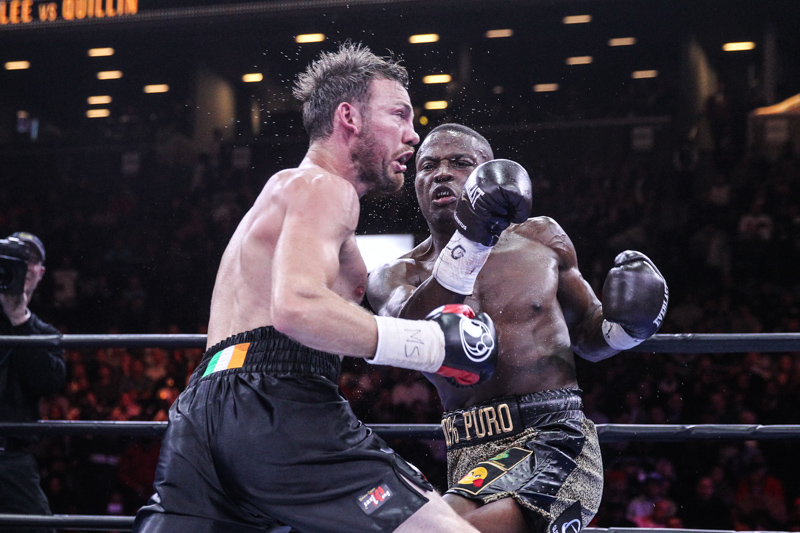 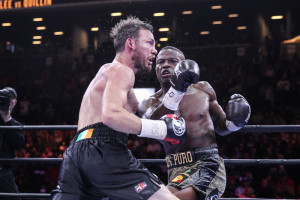 Peter Quillin and Andy Lee fought to a split draw this past Saturday at the Barclays Center. In that fight, both men traded powerful shots, knockdowns, and at the end of it all hugged because they had given the fans one heck of a fight. For Quillin, it’s the first blemish on his record and the first time he has been knocked down but he feels the way he rebounds from both defines him.

“Unfortunately I hit the canvas,” Quillin told the media. “There was adversity but there’s no growth without adversity. I was surprised with how tall he was. I looked at him and was like you should play basketball. I see the good in a guy like Andy Lee who over and over again is an underdog and somehow comes out with a spectacular KO and wins over and over again.”

The media kept posing questions regarding the knockdown. His trainer Eric Brown felt it was a flash knockdown, so he wasn’t worried about Quilling getting up. However when the question was posed to Quillin, he took back at the media a bit.

“I got back up, what makes make and you different is you probably would have got hit and laid down,” Quillin told a member of the media. “I definitely got back up. I look at it like this I’m a fighter, what I learned is getting up and fighting harder. It’s not about thinking about you getting hurt or not. This is what makes me different from anyone else. It’s about how you are able to take a punch and what you do after.”

The fight was close, and everyone can agree to that. Had the decision gone either way, I don’t think there would have been any controversy, But regarding the decision, Quillin said, “It’s in the judges hands.”