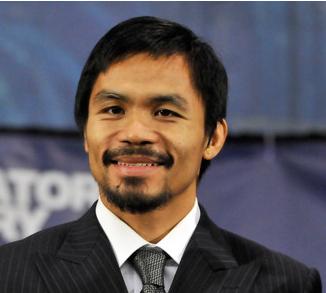 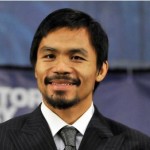 MANILA (August 20, 2014) –  The Philippine Supreme Court issued a Temporary Restraining Order (TRO) to stop the enforcement of the Court of Tax Appeals (CTA) ruling which ordered Saranggani Congressman Manny Pacquiao and his wife Jinkee to post a cash bond in the amount of  P3,298,514,894.35 (US$74.9 Million) or a surety bond in the amount of  P4,947,772,341.53 (US$112.4 Million), as a condition for suspending the collection of alleged deficiency 2008 and 2009 income tax and value added tax by the Bureau of Internal Revenue while their appeal is still being heard.

The CTA (First Division) was further ordered to proceed with CTA Case No. 8683 with “deliberate dispatch”.

The Supreme Court likewise enjoined the BIR from issuing, executing, enforcing, implementing, or otherwise giving effect to any Warrant of Distraint and/or Levy, Warrants of Garnishment, and Notice of Tax Lien, and from attempting to collect any tax on the basis of the deficiency income tax and VAT assessments against petitioners for the years 2008 and 2009.

The TRO is to be extended “indefinitely and until further orders”.

Cong. Pacquiao and Jinkee thanked God for the welcome development in what has been a bitter dispute with the Philippine tax authorities. The couple were likewise grateful that the Supreme Court was able to urgently act on their Petition.

Cong. Pacquiao stated, “The issuance by the High Court of a TRO allows both side to have a fair opportunity to present evidence and prove their case before the CTA. I think I have said all that needs to be said in connection with the taxes I have paid in the United States and in the Philippines. Let us now let the legal process take its course. For now, I am just glad I will be able to concentrate on training for my upcoming bout in Macau.”