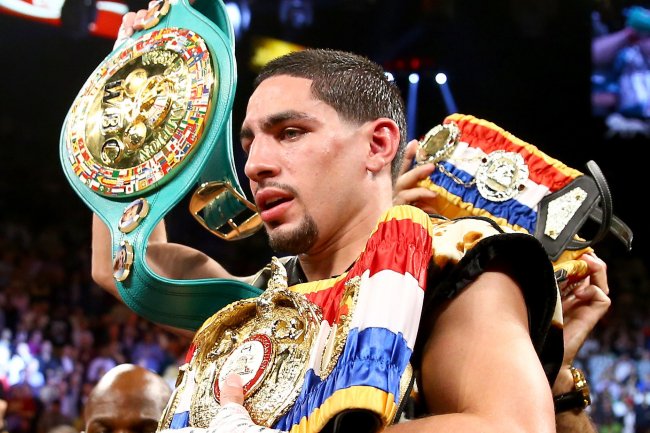 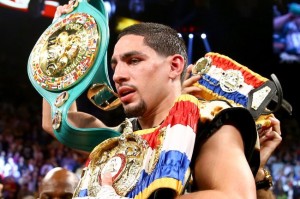 WBA/WBC Light Welterweight Champion Danny Garcia (29-0, 17 KOs) has taken some heat from the public and rightfully so. We’ve all heard the criticisms about the level of opponent that Salka was. We even got to witness what Garcia boastfully called “The Purge.”

Moving forward we are expecting bigger and better things from Garcia, but if we pay attention to his recent interviews with thaboxingvoice.com, he clearly is having trouble making weight. The Salka fight was at 142 pounds for god sake. Salka was already forced to move up a division but then had to add two more pounds on top of that.

Weight issues aren’t the only thing holding Garcia back. The consistent mention of Al Haymon these days feels like verbal metaphor for “I don’t pick my fights. I fight who they tell me and at the weight they tell me.” This is the reason that we don’t get the fights that we want to see like Garcia vs. IBF Light Welterweight Champion Lamont Peterson.

Both fighters have told me personally on record that it’s up to their advisor Haymon but now a new curve has been thrown into the mix. Danny Garcia (29-0, 17 KOs) and his mandatory challenger Viktor Postol have been ordered to start negotiations by the World Boxing Council. There is a purse bid that will take place next month on September 12 if the two fighters haven’t negotiated a fight by then.

This move by the WBC will likely force Garcia and his team to do one of two things:

Option 1: Go to purse bid and fight the mandatory challenger

Option 2:  Bypass the Postol fight and instead take a unification match against IBF Light

Welterweight Champion Lamont Peterson. The WBC will likely allow Garcia to steer around Postol if he takes a unification match.

We still have a problem Houston. Can either man make weight? Peterson told me with the random drug testing done in his last fight, it made making weight more difficult because he had to constantly drink water in order to be able to give urine samples to the testing agents.

We shall see how things unfold in the coming months, but as of now the mandatory still needs to be met, which means Garcia either takes the fight or he will be forced to vacate his WBC Title.