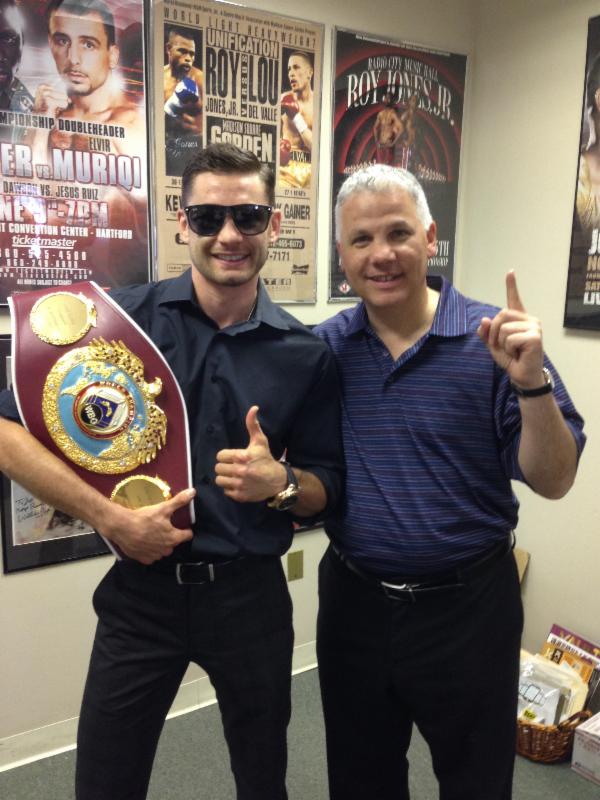 Algieri won the world title by defeating feared champion Ruslan Provodnikov this past Saturday, June 14 at the Barclays Center in Brooklyn, New York in sensational fashion after being knocked down twice in the first round and fighting with his eye shut. The bout, which was telecast live on HBO in the United States and to millions around the world, was the highest Boxing After Dark telecast of the year for HBO.

This week Algieri has been in high demand with numerous national TV and radio appearances in addition to interviews with many newspaper outlets, locally and nationally.

“Saturday night was among my finest as a promoter and it was truly an honor to present Chris with his world championship belt this afternoon,” said DeGuardia.