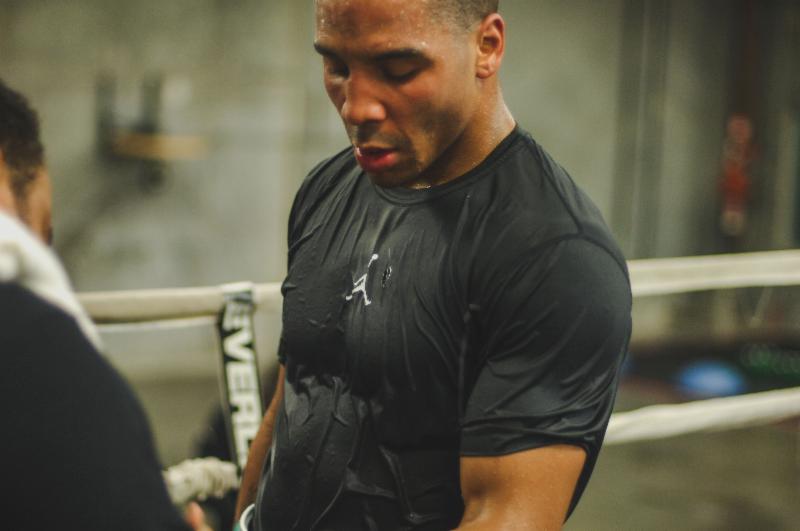 OAKLAND, CALIF. – November 11, 2013  – The long wait for WBA and Ring Magazine Super Middleweight World Champion Andre Ward’s (Oakland, Calif.) return to the ring is nearly over. Ward and trainer Virgil Hunter will take part in their final Bay Area training session today at his Hayward boxing gym before traveling south to Ontario, Calif., on Tuesday morning. The consensus number two pound-for-pound fighter in the world will put his belts on the line in a battle with undefeated contender Edwin “La Bomba” Rodriguez on Saturday at the Citizens Business Bank Arena and live on HBO World Championship Boxing®.

Saturday’s bout marks Ward’s first fight in 14 months following surgery to repair a right shoulder injury that the 29-year-old boxer recently revealed he’s had for over 15 years. Ward exasperated the rotator cuff tear in preparation for a scheduled bout with Kelly Pavlik late last year, and the injury required major surgery in January. After fighting through the injury for the majority of his amateur and professional career, the Olympic champion is excited to finally compete injury free. “An injury like this isn’t something that you broadcast, but now we can talk about it,” Ward said. “It’s definitely better than what it was. It’s stronger. It’s more powerful, and I know everyone will see that.”

Ward and Hunter have been hard at work at their Oakland area gym for the past two months in preparation for his showdown with Rodriguez, an opponent the duo knows well. “We aren’t taking Edwin lightly. I have followed him for the last two years. I take this game very seriously, not just in camp, but also when I’m away from the ring,” Ward said. “I’ve watched Edwin. I know his strengths and weaknesses. I’ve prepared to win this fight and dominate this fight.”

With less than a week until his first bout of 2013, Ward is primed and ready to step back in to the ring. “I’m just excited, I’m hungry. I’ve prepared my mind and body for battle. We are just days away. Don’t miss it. It will be a great show. I have a hungry challenger, but I’m a hungry champion and those are ingredients for a great fight,” he said.

Ward-Rodriguez fight week will begin with open workouts for all of the fighters on Tuesday afternoon in the Ontario, Calif., area.