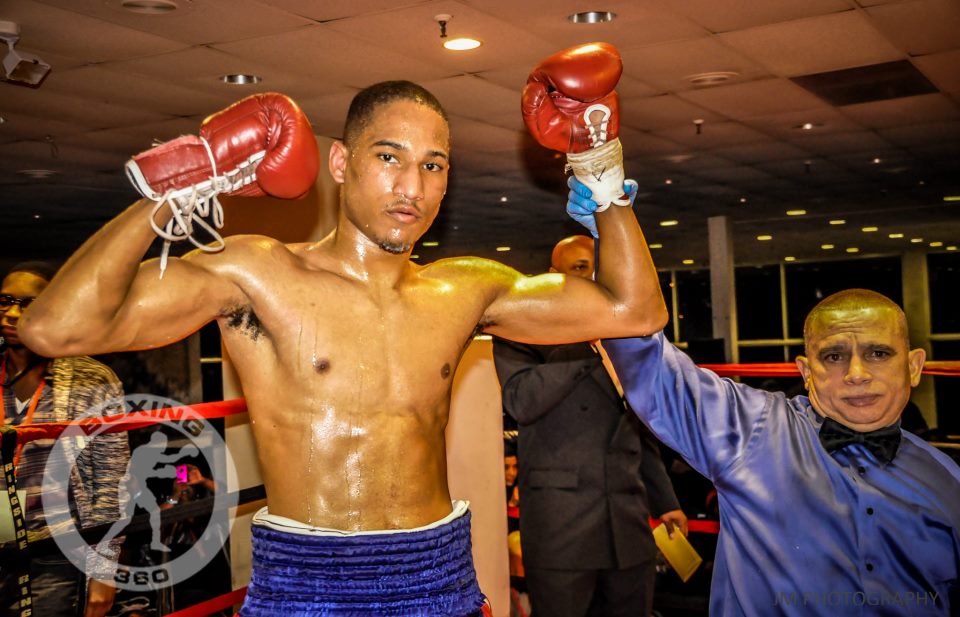 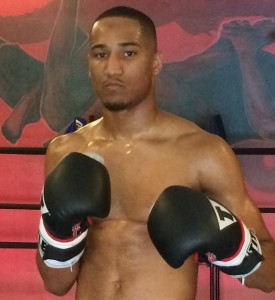 At 6’5″, Fox is a tall, slick boxer who literally stands head and shoulders above most of his 154lb. contemporaries. Having already built his record to 12-0-1 (4 KOs) with exceptional physical tools that include a 79-inch reach, the 22-year-old Fox is ready to take the division by storm as he climbs up the rankings. From Forestville, MD, Fox is trained by his father, Troy Fox, out of Lloyd Irvin MMA/Boxing Gym.

Fox had a successful 10-year amateur career that began at the age of eight. He won the 2010 Under-19 Championships as well as the Ringside National Tournament that same year. Holding wins over current prospects Antoine Douglas and David Grayton, Fox’s amateur career culminated with a 165-35 record.

Following his July 2010 pro debut, Fox quickly fought his way into contention for the vacant New York State junior middleweight title. On September 22, 2012, at Resorts World Casino, in Queens, NY, Fox challenged hometown favorite Frank Galarza, also now co-promoted by DiBella Entertainment and New Legend Boxing. Both Fox and Galarza were 7-0 heading into the match, and, when the bell rang, they waged a fast-paced exhilarating war for eight rounds. Galarza had early success with his overhand right, but Fox then established a distance using his long jab to dictate the action. Landing his left hook with regularity, he evened up the fight on the scorecards, leading to a draw verdict. Since then, Fox has won five in a row, including unanimous decision victories over the highly regarded Julius Kennedy and Zain Shah.

“Fox is an undefeated, super high quality junior middleweight,” said Lou DiBella, President of DiBella Entertainment. “We feel that Galarza is one of the best 154lb. fighters in the world and Fox gave him his toughest fight. We believe that, along with Galarza, he too can be a force on the championship level in the competitive 154lb. division.”

“I am excited about the signing of our new prospect, Alantez Fox,” said Felipe Gomez, of New Legend Boxing. “I saw him for the first time in 2012 when he fought Galarza on one of my New Legend shows. Watching him fight, I really had a lot of interest in him. With his height, reach and boxing skill, Fox is going to be a huge threat in the junior middleweight division.”

Despite the sensational start to his pro career, Fox has been inactive for the past year due to promotional issues. However, that has now all been resolved, having aligned himself with DiBella Entertainment and New Legend Boxing ready to pick up where he left off.

“I’m just ready to fight,” said Fox. “I’m thrilled to be with my new family. I’ve been waiting for somebody to give me an honest opportunity. Hopefully, there is no ring rust and I can shine like a diamond. Thanks to Lou DiBella, DiBella Entertainment, Felipe Gomez and New Legend Boxing for taking a chance on me. I won’t let you down.”

“Alantez is a talented fighter,” said his father Troy. “I am glad and thankful to be working with DiBella Entertainment and New Legend Boxing. I know that they will push my son’s career in the right direction. I’m ready to see him get the attention he deserves and to watch him become a world champion one day.”

Look for an announcement on Fox’s DBE debut to come very soon.