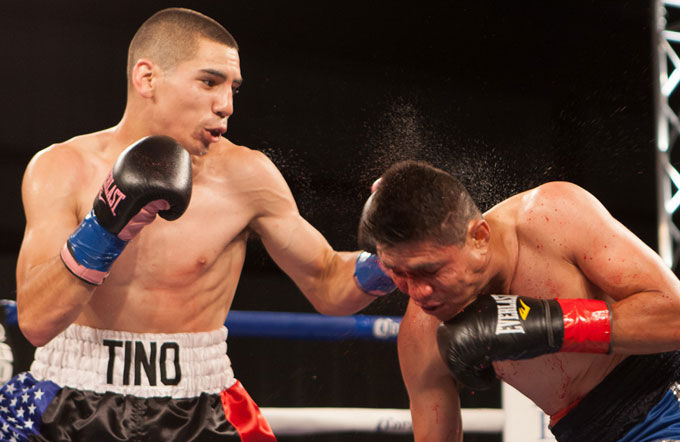 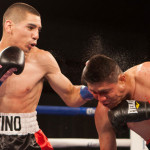 The Fox Sports 1 telecast was live from the Sports Center in Fairfield, California. The main feature was between junior featherweights Manuel “Tino” Avila (15-0, 6KOs) and Sergio Frias (15-3-2).

A left hook set up by a constant in and out presence for Avila, especially with the jab, which caused a Frias knockdown within the first 2 minutes of the 1st round. Avila smelled blood and continued to pressure Frias, and despite the fact that Avila was set in charge mode, he was being particularly selective considering his output continued to rise as the end of the 1st neared. Avila took off on a flurry with 30 seconds left and it sent Frias down to the canvas for the second time in the bout.

Avila got back to the game plan in round two, while Frias tried desperately to slow down the tempo of the fight. There were some good exchanges towards the end of the round, some that saw Frias land significant right hands, but ultimately Avila stayed in control despite slowing down the fight.

Avila continued to work behind the jab as the fight progressed, Frias managed to land some check hooks and counter shots at times, but his activity level was scarce.

Neither fighter seemed too eager to take control of the fight, but both fighters chose moments to let their hands go which made it difficult to judge some of the early to middle rounds. The name of the game for Frias was patience, the kind that allows for timely counter shots, while Avila would’ve benefited from letting his hands go a bit more and not being over selective or not waiting for the perfect moment between flurries.

Frias stepped up the pressure a bit more in round 6, but Avila was moving well and never allowed himself to be a sitting target. Both fighters used their specific tangibles throughout the fight and they just so happened to counter one another. For Avila, it was his left hook, for Frias it was his overhand right, but Avila was definitely getting the better even if Frias created moments in certain areas of the fight.

In the eighth round, Avila managed to stumble Frias with a jab, although it may have just knocked him off balanced as opposed to legitimately hurt Frias. Regardless, Frias was clearly shaky and Avila once again smelled blood. Instead of just throwing shots, Avila decided to mix in the body attack — something that would’ve served Avila well at the beginning of the fight — while Frias’ back was to the ropes. The body attack was the difference maker because while Frias could eat shots from both the left and right hand, the body was much more susceptible, evident by the left body shot that floored Frias – the shot that would send Frias to the canvas for good.

Avila proved his left hook is a weapon to fear in the junior middleweight division, although many knew that coming into the fight. However, we now know that he has equal devastation in his left hook to the body.

It was a solid win for Avila as he continues to march his way up the division.

Guy Robb earned a 3rd round KO over Ronell Green in the telecast’s co-feature. Robb pressured for most of the fight and landed big shots throughout the first few rounds. He was able to close the show in dramatic fashion.