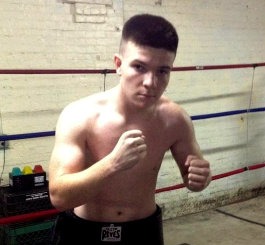 18-year-old prospect Bobby Gunn Jr. spent most of his life in and around the Garden State ’s boxing scene. Between preparing for his bouts, mimicking his father in the gym as a youngster and appearing ringside at countless fights, Gunn Jr’s a familiar local face. Interestingly enough, he’s never fought in New Jersey as a pro or amateur.

At 2-0 with 2 first round knockouts, both of Gunn Jr’s bouts took place four hours away in Annandale , VA. On May 31, he’ll box for the first time in his home state when he battles debuting Ricardo Decampio at the Birchwood Manor in Whippany. Like his father whom he shares a name with, Gunn Jr. is known locally and expects a number of his supporters to the Birchwood Manor.

“This is my real homecoming. I never fought here before, even as an amateur. I’m hoping for a big crowd and am excited for May 31. This is the biggest fight of my pro or amateur career.”