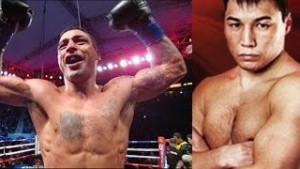 April 18th could be a busy day for HBO Boxing. According to a source and confirmed by Dan Rafael of ESPN, Terence Crawford’s return date will be April 18th and his foe will be Thomas Dulorme. Crawford was supposed to fight on March 21st in New York City. But because of Chris Algieri out pricing himself as a possible opponent and Nicholas Walters pulling out because of a flu as the co-main event, the event was scrapped.

Now it seems Crawford will be fighting Dulorme at a venue outside of Omaha, Nebraska due to a scheduling conflict in the Century Link Arena. Rumors in the industry suggest that the bout may be heading to Las Vegas, and it may be for the vacant WBO World Jr. Welterweight Title.

The bout may be paired up with the much anticipated Ruslan Provodnikov-Lucas Matthysse bout. All the terms of the deal are finalized for that bout minus the date and the venue. The initial date of Provodnikov-Matthysse was March 28th. But because the promoters of note, Golden Boy, and Banner Boxing, were unable to secure the Stub Hub Center. Apparently it was on hold for a fight that had not yet been scheduled by Al Haymon and The Premier Champion Boxing Series, Golden Boy, and Banner could not secure the venue.

The Stub Hub Center will now house a fight between Jhonny Gonzalez and Gary Russell Jr. If the Provodnikov-Matthysse bout moves to April 18th, it will go head to head with the return of Julio Cesar Chavez Jr., whose fight is also rumored to be in California. Other possible landing spots for the Provodnikov-Matthysse bout could be California, Las Vegas, Miami and even Verona New York.

A lot of things are being discussed, and we could end up with a split site double header on April 18th on HBO with Crawford-Dulorme and Provodnikov-Algieri. The logical thing to do for the fans would be to pair the two bouts at the same venue.