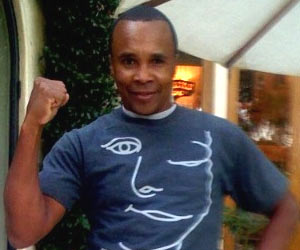 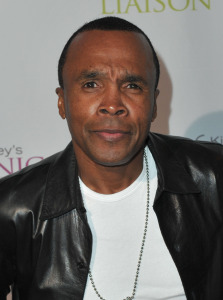 Five-division world boxing champion Sugar Ray Leonard recently made an appearance at the 52nd annual WBC Convention in Las Vegas. Leonard (36-3, 25 KOs) fought in 12 WBC title fights, going 10-2 with 7 KOs, including avenging his first loss to Roberto Duran by knocking him out in their proceeding rematch. Leonard has always been one to give thanks to those who have supported him throughout his career.

“The WBC holds a very special place in my heart,” said Leonard. “The WBC was the best.”

This past Saturday, December 13, Amir Khan annihilated Devon Alexander en-route to a unanimous decision victory, albeit Leonard admits he was only able to catch the last couple of rounds, but said Khan did “pretty good.” The debate continues on whether Floyd Mayweather Jr. should fight Amir Khan or Manny Pacquiao next and when Leonard asked who he thinks should be the opponent he responded, “I wish I had that power,” and smiled.