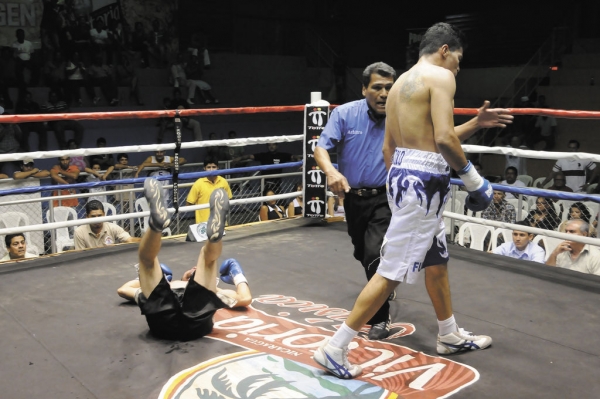 From the press conferences that took place a couple days before Nicaragua’s Walter Castillo and Mexico’s Oscar Arenas stepped foot in the ring there was a bit of bad blood and one would expect a knockout which is what Arenas said he would do. Knock Castillo out or get knocked out trying.

Castillo delivered on Arenas promise when he knocked Arenas out with 58 seconds left in the second round of their fight. Arenas was knocked down twice in the round.

The semi-main event between Alcides Martinez and Roger Collado was called a draw which drew boo’s from the crowd. This marks the third time the two fighters have faced off and each time has resulted in a draw.