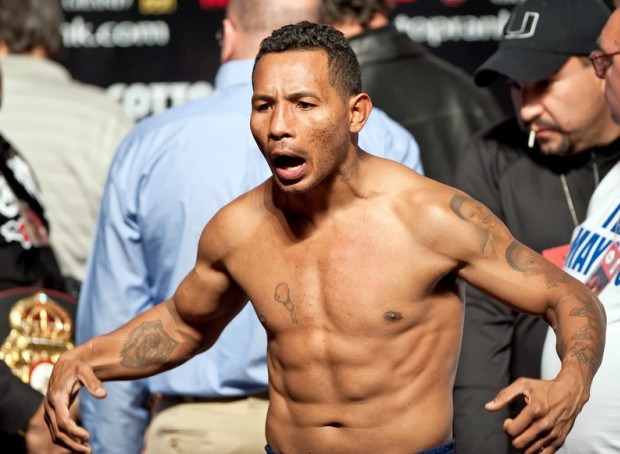 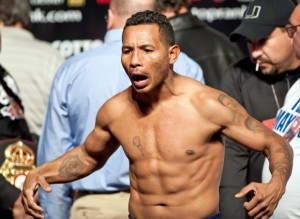 On Saturday, September 27, 2014, big-name boxing returns to Oklahoma City, as Ivaylo Gotzev and his Epic Sports and Entertainment will proudly present a blockbuster show entitled “Rumble on the River” at OKC Downtown Airpark.

Featured in the dual main events will be the return of a pair of well-known names.

All three former champions’ opponents will be announced shortly.

Tickets for “Rumble on the River” start at $25 and are available at any Buy For Less location or online at www.airparktickets.com. VIP tables are also available by calling 818.575.0151.

Widely known as “The craziest man in the sport”, Managua, Nicaragua’s Mayorga is a trash-talking street fighter known as much for his habits of smoking and drinking after fights as he is for his tremendous in-ring victories. A pro since 1993, 40-year-old Mayorga has gone to war with nearly every big name in his weight class, including Oscar De La Hoya, Shane Mosley, Fernando Vargas, Vernon Forrest, Miguel Cotto and Felix Trinidad. It was his two victories over the late Forrest that first brought the Nicaraguan strongman into the national spotlight.

Feared for his devastating punching power, Samuel Peter is on the comeback trail. The 33-year-old is originally from Uyo, Nigeria, but now lives and trains in Las Vegas, Nevada. Peter won his title with a TKO 6 over former champ Oleg Maskaev in 2008. He also holds two victories over all-time-great James “Lights Out” Toney and had heavyweight champion Wladimir Klitschko on the deck three times in their first encounter. He remains the last person to knock Klitschko down.

Campas is a native of Sonora, Mexico. Also known for his devastating power, he began his professional career in 1987 at the age of 15 and won the world championship by knocking out Raul Marquez. Campas made three successful defenses before losing to the great Fernando Vargas.

A full undercard of local and national favorites will be announced shortly.

“I am very excited to be promoting Rumble on the River,” said Ivaylo Gotzev. “We have a well-rested and recommitted Sam Peter eager to return to the ring in one of the main events, plus Ricardo Mayorga, who always entertains the crowd. And supporting them is one of the best overall boxing events in Oklahoma City history. This show’s combination of legendary champions and top local fighters, along with the powerhouse promotional efforts and collaboration of the OKC Airpark, Howard Pollack, and Epic Sports & Entertainment, give us the maximum potential to capture both live and online audiences. Together, we are forging a new boxing tradition and rising-star showcase in Oklahoma City.”

Gotzev says if both Mayorga and Campas get past their opponents, the two former champs have agreed to face each other next.

“Styles make fights and that one would have ‘barn burner’ written all over it, if and when it happens. It won’t be easy for either man to get past their opponents in September, but if they do, we’ve got a war on our hands for the next event!”

On fight night, doors open at 7 pm and the action starts at 8 pm. OKC Airpark is located at 1701 S. Western Avenue in Oklahoma City. All bouts subject to change.
Tweet