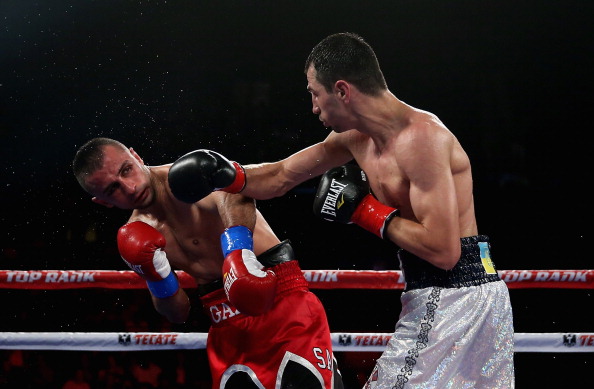 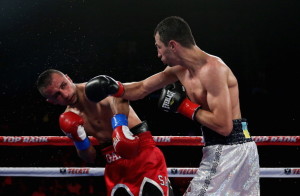 Viktor Postol made his HBO debut last May on the undercard of Juan Manuel Marquez-Mike Alvarado against Selcuk Aydin. Not many people thought it was an HBO worthy bout but regardless Postol did what he had to do and certainly left his mark by stopping Aydin in the 11th.

The WBC has Postol as their number 1 contender at 140 lb. He is the mandatory challenger to champion, Danny Garcia. The fight was ordered to take place this past August. A lot of issues came with that order. First, Garcia is said to be moving to 147. If he stays at 140, the talks are that he fights a unification fight with Lamont Peterson. After all, isn’t that why they had those two show case mismatch fights on August 9th?

The other issue is that Garcia has been a Showtime staple while Postol first and only fight on premium cable was on HBO.

So what happen then?

Postol is confident in the WBC ruling and says if Garcia is a champion, he should the fight with him.

“I’m sure that WBC has done their job great by sanctioning this fight,” Postol told ThaBoxingVoice.com. “I’m excited that this fight should happen. There is a rule in WBC Regulations that a champion must hold a mandatory title defense once a year. He is obliged to make a mandatory and I’m the official and recognized contender to this title, so the fight should be held!”

Garcia could choose the route of Lamont Peterson but Postol feel that going that route means one thing.

“It’s just because Danny Garcia is afraid of me, he is afraid to lose in our fight,” explained Postol. “Bigger names just make money for the fighters. By fighting Peterson he would just raise his funds. I don’t believe this is right to choose whom you would pick for the next fight when your obligations towards the WBC as the organization you hold the title of are not done. It means you break their rules and WBC from their side should keep an eye on it and not allow such fouls happen.”

Why is Postol so confident in beating Danny Garcia? He feels Mauricio Herrera exposed a flaw in Garcia that he will capitalize on. “I know about my advantages in this division. I’m pretty tall for this division and I use my jab well. The jab is one of my real advantages and I try to use it in full capacity. It’s my tactics. I would be a fool if I skip my jab. The jab is often a key to victory in my tactics.”

There is a possibility that Garcia may vacate and move up and if so Postol is willing to face anyone to become a world champion, especially the likes of the 140lbers in this weekend’s Showtime card, mainly one Lucas Matthysse.

“If Garcia vacates the title there comes Matthysse,” said Postol. “This guy will perform in action on September 6th. If he wins he might be another contender of WBC title and we both can meet in the ring for the vacant WBC Super Lightweight Title.”

Matthysse is another Showtime fighter. Postol says he prefers to be on HBO and knows a lot of people are not ranking him highly because they have seen very little of him.

“I would rather prefer HBO to put me in fights with big names. This is the way they can watch me and estimate my level. They made just one of my fights but I’m sure if they make me several more fights with real deal fighters they would one day realize who Viktor Postol is. I want to fight the best and I can prove I deserve it and I’m sure I can beat the best fighters in the division.”