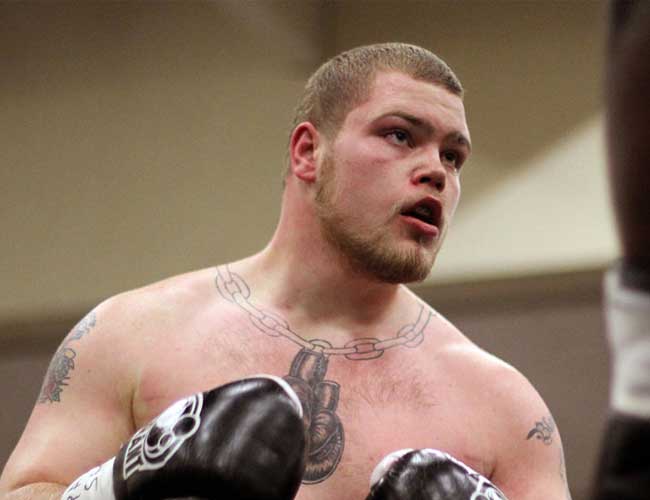 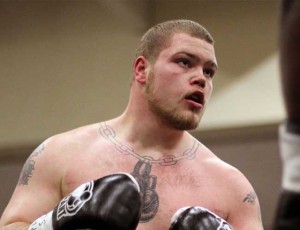 CHESTER, PA (September 2, 2014)–On Friday, September 19, Heavyweight Joey Dawejko take on Yohan Banks in the featured 8-round bout at Harrahs Philadelphia.
The show is promoted by Joey Eye Boxing Promotions, XFE and Peltz Boxing Promotions.
Banks of Redwood City, California has deceiving record of 7-8-3 with 5 knockouts.
He has big wins over undefeated former Miami Hurricane standout Qudtrine Hill (1-0) & Skyler Anderson (16-1-1).  Banks is riding 2 fight knockout streak with big wins over Bomani Parker and his last bout when he stopped Tim Puller (20-6) in four rounds on September 21, 2013 in Shelton, Washington.
Dawejko of Philadelphia has a record of 11-4-2 with 4 knockouts and is on a three fight winning streak.
The 24 year-old Dawejko was a former world junior amateur champion which was part of a 56-12 record in the non-paid ranks.
He turned professional in 2009 with a 6-round unanimous decision over Royphy Solieau. He won his first six bouts (and was 7-0-1 in his first eight) which included knockout wins over undefeated fighters Ricardo Johnson and John Lennox.

Dawejko is not afraid to take on top competition as nearly half of his fights have been against undefeated fighters.

In his last three bouts, Dawejko has been coming into his own with his two biggest wins when he scored a unanimous decision over former top-ten heavyweight contender Derric Rossy as well as  an impressive unanimous decision over undefeated Philadelphian Mark Rideout (4-0-2) on May 16.  He followed those two fights up with an explosive 1st round stoppage over David Williams on August 2 in Atlantic City.  In that bout,  Dawejko scored three vicious knockdowns in the bout that lasted just 108 seconds.

In an 8-round co-feature, rising Super Featherweight Tevin Farmer will see action against an opponent to be named.
Farmer of Philadelphia has a record of 16-4-1 with 3 knockouts and has won nine fights in a row.
The 24 year-old Farmer has been on a big roll as in the impressive nine fight streak are wins over Victor Vasquez to win UBC International Lightweight title, Camilo Perez (9-0), Noel Echevarria (11-1) and in his bout, Farmer was sensational as he boxed his way to a 10-round unanimous decision over previously undefeated Emanuel Gonzalez (14-0) in a bout that was television nationally on Fox Sports 1.  That bout took place on June 5 in Boston.
In 6-round bouts:
Undefeated Lightweight Anthony Burgin (7-0, 1 KO) will be in action against an opponent to be named.
Fred Jenkins Jr. (8-1, 3 KO’s) will take on an opponent to be named in a Super Middleweight bout.
Gerald Smith (3-1, 1 KO) of Philadelphia, PA will battle David Gonzales (5-0, 1 KO) of Philadelphia in a Jr. Welterweight fight.
In 4-round Bouts:

Nathaniel Rivas (4-0, 1 KO) of Berlin, NJ will take on an opponent to be named in a Welterweight battle.

Johnson Jajoute (1-0) of Philadelphia will box Adrian Wilson (0-1) of  Vineland, NJ in a Jr. Middleweight bout.