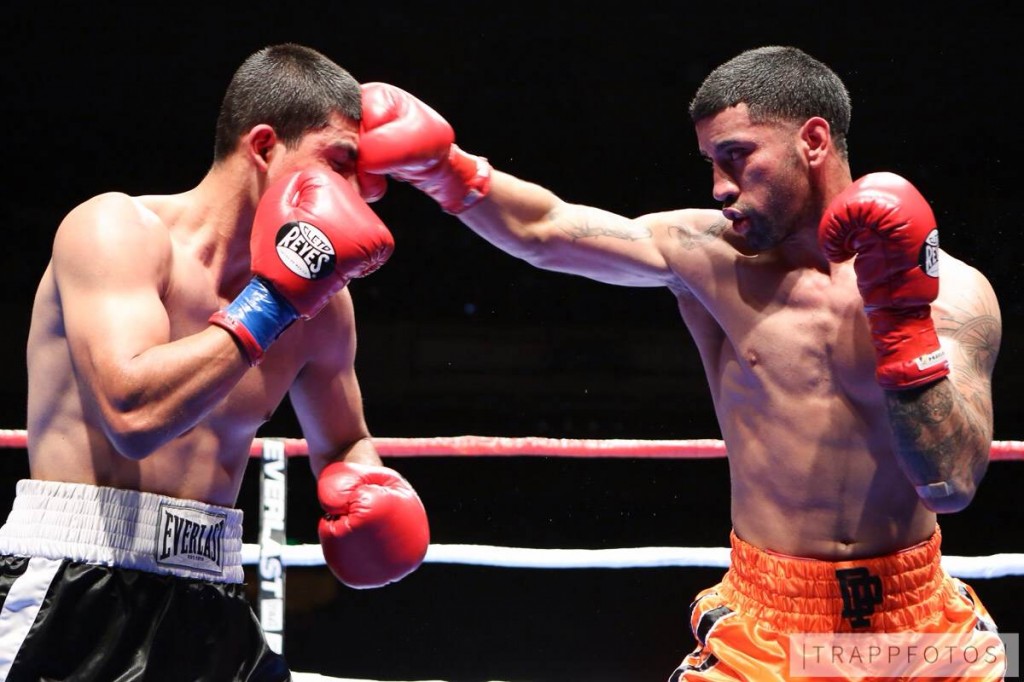 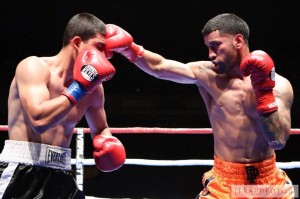 Ricardo Pinell returns to the ring after barely anytime away. Pinell who was scheduled to face his toughest foe to date last July, Santiago Perez, saw his foe pull out with two weeks left for the contracted bout only to face a journeyman-like opponent who was able to go the distance with Pinell. Pinell, one of the Bay Area’s brightest prospects is now switching his attention to BKB Big Knockout Boxing on August 16 live on PPV as he will face Khurshid Abdullaev from Oxnard, CA.

What makes Pinell so interesting is the methodical and cerebral approach he brings to the ring. Pinell is currently enrolled in college and this demeanor carries over to the squared circle as the 3.0 GPA student who is currently getting his general education out of the way first before picking a major, approaches the fight game similarly. Pinell is a counter puncher with tremendous pop, but it is not all brute force as Pinell uses faints and trickery to fool opponents into perfectly placed accurate shots that cause maximum damage. Pinell thinks before he acts both inside and outside of the ring which is not a common trait for many in any profession let alone boxing.

It is a temperament a kin to his trainer, Eddie Croft of B. St Boxing in San Mateo, CA, who also has been working with fighters out of the Virgil Hunter camp. Thusly, Pinell has had excellent sparring as he has worked with such elite level fighters like Amir Khan to test his skills against the very best early on. “People get confused and think [Pinell]’s been boxing for a long-time with a lot of amateur fights” Eddie Croft explained with pride as Pinell first walked into his gym in San Mateo, CA in 2009 at a rough point in his life.

Pinell was on the verge of a crossroads, he was arrested for a petty drug dealing offense and seemingly looking to become a statistic of a rough neighborhood and just another somber story of America’s ghettos. Pinell originally went to B. St Boxing just to see what it was and check it out. That initial visit lead to getting hook upon boxing and the street life that was burdening his life up until this point slowly began to fade away. Since that first initial visit Pinell worked with Eddie Croft and the bond between the two is that of any fighter/trainer duos that have started from the ground level working their way up.

Pinell fought only around 30 times in the amateurs, but spent the majority of the time fighting much more experienced veterans. In 2012, Pinell turned pro and since turning pro has been fighting very tough opposition for a young fighter facing undefeated fighters and fighters often with winning records. Pinell in fact engaged in a war with Nathaniel Richardson in which he had use many tools in order to win and show his ability to win. After getting tagged early in the first round, Pinell took the last three rounds in a four round fight to show his desire as a competitor.

Pinell’s lone loss came via Eric Mendez, a fighter with a fantastic amateur record with just single digits for losses and over 50 wins. The loss mainly stemmed from two things, Pinell having trouble making the catchweight of in between middleweight and junior middleweight and Pinell at times starting slow in fights and getting caught. Since the Mendez fight though, Pinell has come out aggressive and seemed to correct some of errors that lead to his one loss last year.
“I feel like I should of had another fight, I feel like I am missing one fight on my record.” Pinell said when talking with me last December after a knockout victory in Redwood City, CA.

“I think I am three or four fights away from a title fight” Pinell said when asked how close he was to getting a regional title belt. The might actually come a bit sooner as Pinell fights in the same division as headliners Gabriel Rosado and Brian Vera who fight for the middleweight title. Pinell has a unique opportunity to garner an impressive victory and potentially be in contention for the belt right out of the gate. It is an advantageous position to be in for the young Pinell has he could establish his name early in his career in a developing form of combat sports.