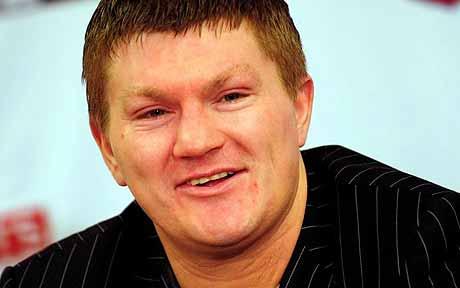 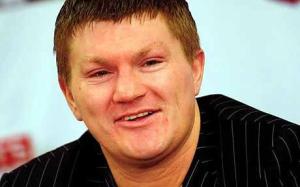 After a dominant performance by Amir Khan over the weekend, former champion, Ricky Hatton seems pessimistic about Khan’s chances of getting a Floyd Mayweather fight. “I don’t think it’ll happen , because I think that performance might have scared Floyd.” Hatton stated while signing autographs in a Las Vegas, NV mall. Hatton who has history inside the ring with Mayweather seemed less than thrilled with Mayweather’s antics over the past few years as he has picked fighters that have suited his style perfectly in terms of aesthetics

“Floyd will have no problem with big punchers, because he is fantastic defensively. The only person that’ll beat Floyd is someone with speed.” Hatton went on to state that Mayweather is the number one fighter currently, but things have a funny way of ending and that Khan could be the guy to do it.

“I think he would rather fight Manny Pacquiao than Amir Khan right now,” Hatton said. The comments by Hatton leave Floyd in a truly unique place as either way he goes with his next fight, he will truly be in a competitive fight and one he might not be the betting favorite come fight night. If Mayweather takes the Khan fight, he will be looked at as constantly avoiding Pacquiao during both of their primes. If he fights Pacquiao then Khan can boast that Mayweather didn’t want the fight with him. It is truly a unique situation and one that Hatton feels that Khan’s performance against Alexander may have birthed the biggest fight in the past 20 or so years.