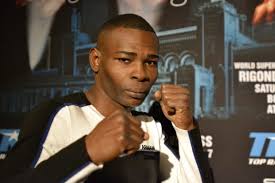 It seems all but too fitting that Guillermo Rigondeaux returns on New Year’s Eve in Osaka, Japan in a fight that virtually no one in the western world will watch live as he faces Hisashi Amagasa. This is sort where Rigondeaux’s career is now, potentially the greatest amateur boxer ever has had a lukewarm at best career that has been filled with networks refusing to show his fights and fans leaving midway through his fights case and point when he headlined against Joseph Agbeko. It is a harsh truth, but in many ways Rigondeaux might just be too good for his own good as he tends to relegate all the action in a fight and make boxing into more of a game of tag than a fight you might see in a schoolyard, which seems to be the fight most fans relate more to and want to see.

Beyond that Rigondeaux doesn’t speak English and has no interest in learning making Americans who are already underwhelmed fight fans already that much less interested. After facing Sod Kokietgym in Macau, China in a bizarre first round knockout that was very Floyd Mayweather vs. Victor Ortiz like, punching a combatant when they are not looking, it appears he is now in no man’s land. In October, Michael Woods wrote an outstanding piece on Rigondeaux in which it explained the complexity of this jumbled mess that Rigondeaux is in. To simplify it and probably misinterpret a tad bit of what was stated with in the aforementioned article by Woods, essentially the nucleus of the problem outside of the aesthetics of Rigondeaux’s style is the fact that Rigondeaux’s manager Gary Hyde and promoter Caribe seem to have difficulty communicating with each other.

Hyde would further state in this article that Caribe lost the promotional contract when Rigondeaux’s contract with Top Rank expired. Caribe on the other hand explains that Rigondeaux is still under contract with them. As it appears that Rigondeaux has turned down high price offers from RocNation as well as UK promoter Frank Warren adding even more confusion to the situation.

Probably my favorite boxing writer, Brin-Jonathan Butler, also wrote a book explaining the mindset of the Cuban fighter that is so alien to those in the United States and often gets forgotten about. The fact that contracts written in a language that the fighter can’t read are still legally binding as well as the mindset of leaving their family back in Cuba since the fear of becoming homeless in America is overwhelming is all too real. In one passage, Butler recalls talking to a boxer who explained that he left his family at home rather than come to America with him as a backup plan, unless this fighting stuff doesn’t work, because you don’t see homeless people in Cuba, but you do in America.

So here is Rigondeaux potentially the best boxer in the world who can’t seemingly buy a fight and can’t sell a ticket to save his life. It is a love-hate relationship as many fans of the sweet science express frustration with Rigondeaux due to his inability to engage. At times, Rigondeaux will focus so much on the science, Rigondeaux becomes stagnant and inactive when opponents miss and are off balance, a complaint against other Cuban style boxers like say Erislandy Lara. The big “F U” to the fans though is the fact that he seems to be so indifferent, he is like the James Joyce of boxing, you can either comprehend what I am doing or you won’t , but I don’t need to appease the “average person”. It’s frustrating.

This also along with the fact that Rigondeaux absolutely humiliated Nonito Donaire in New York City in a fight that HBO brass expected to be closer. The outcome was dominant and one sided leaving viewers to turn even more on Rigondeaux who came off as villainous in victory against the highly likable and fan friendly Donaire who was mocked by Rigondeaux for the third act of the fight. It also made a rematch not very realistic from a business sense.

Rigondeaux now works as a boxing coach for the MMA fight team “The Blackzillians” in Florida working with UFC fighters such as Vitor Belfort, Rasahd Evans, and Abel Trujillo. Rigondeaux has all the makings to be the biggest what if story in boxing history. At age 34, Rigondeaux might have four to six years left at best and with his earthbound physique of five feet and five inches, the chances of moving up in weight seems less than ideal. Rigondeaux is your buddy who shops for a computer for months on end and then buys once he becomes a mini-expert and barring fighting say an Abner Mares, a small featherweight, it seems like Rigondeaux wouldn’t risk the chance of a flash knockout loss against bigger guys.

So here we are at present day, one of the greats is fighting a guy that most people who love boxing know anything about. The fight is taking place at a time that no one knows when it will come on live and to watch you have to go to a seedy streaming website link to get a low resolution image. Even worse, even if it is a good fight the narrative on Rigondeaux being a boring fighter is so strong that even then six out of ten diehard boxing fans will avoid the fight just out of the notion that Rigondeaux is boring.

It is an example in marketing and also in the fighter taking blame for a promotional push. I am a big fan of professional wrestling podcasts. I think a part of me wishes that I had become a pro wrestler driving town to town performing at recreation halls, but that is neither here nor there. Boxing is similar in a sense that at a certain point, if the fans are not catching onto your image or character that the promotion has branded you with, well the ball is in your court. To quote Stone Cold Steve Austin “You gotta make chicken salad out of horse shit sometimes.” In this regard, Rigondeaux failed on every front, if anything he ran from the media at all costs and wanted to live strictly off professional accomplishments – which probably ties into the cultural aspects from Cuba he was raised upon.

All that being said, Rigondeaux to a certain extent has failed himself. He is in promotional limbo, network television in the United States is not wanting him and the ones that would take him on would offer far less money then he is willing to accept. The problem is Rigondeaux hasn’t transcended the masses. The majority of people are indifferent about him, which is the worst boat to be in, one of where people have an unformulated opinion of you for the most part.

Rigondeaux exists mostly in amenity. We can almost predict the quotes of him saying he was the most ducked fighter in history as well as the best of all time retiring at 20-0 or something around that mark. The sad thing is he is partially right, but the harshness of history is the assessment of your skills against fighters we deem worthy. It is hard to see Rigondeaux racking up more of those noteworthy victories. In fact it is hard to see Rigondeaux in the ring with all the fighting that is existing amongst his own camp.

So as Rigondeaux returns to action for the second time in a year that saw him record as of to the time of this article a half of round of action, we have to say that the Rigondeaux after the Top Rank era is actually not as grand as some had of hoped. Rigondeaux is by no means a lost cause, but the question remains: Will his talent ever equal the interest level of the fans that equal that of his skill and will he make audibles to enhance opportunities?