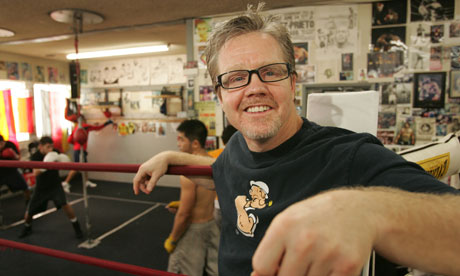 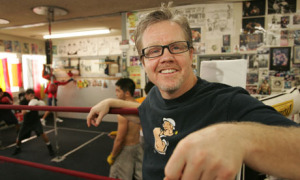 Tha Boxing Voice had the unique opportunity to speak with legendary trainer Freddie Roach. Roach, the head-trainer for Manny Pacquiao, was on tour promoting Pacquiao’s upcoming bout against Chris Algieri. The fight will take place on November 22 from The Venetian in Macau, SAR.

Floyd Mayweather surprised many by taking the rematch against Marcos Maidana. The fight would mark the second time that Mayweather has fought an opponent more than once in his professional career, the other fighter being Jose Luis Castillo.

Freddie Roach was candid in his interview with Tha Boxing Voice. He does not appear hopeful about this fight being any different than the first. “I am not expecting anything different,” chimed Roach. “The first fight put me to sleep. The second one will do the same.” Roach added that Maidana will have trouble because he does not know how to fight Mayweather after four rounds.

Roach was also asked about his thoughts of the possibility of Mayweather and Pacquiao finally fighting next May. In an answer that no one wanted to hear, Roach chimed in, “Why aren’t they fighting right now,” Roach replied. “They should be fighting right now. The proposed mega fight was supposed to take place in March of 2010 but negotiations broke down.

What about the possibility of a rematch between Miguel Cotto and Floyd Mayweather? The fight was much closer than what people had initially expected. Although Roach admits he has not spoken to Cotto about the possibility, Roach revealed to us that Cotto believes he could have knocked out Mayweather had he been in the shape he is in today. “It is on his mind I am sure,” added Roach.

It is a well-known fact around the sport that Floyd Mayweather has never lost a fight in his professional career. Roach had a chance to defeat Mayweather when he trained Oscar De La Hoya for the bout in 2007. Mayweather won via split decision, although some people had De La Hoya ahead and others had Floyd winning by a wide margin. Can Roach devise a game plan to take down Floyd? “Without a doubt, no problem,” said Roach. “I have two better guys.”

However, fans have been waiting for this bout close to five years now. Have fans given up on the possibility of two of the greatest fighters of this era trading punches in the ring or is there still life? “It is still a big fight,” replied Roach. “

It has been confirmed that Mayweather-Pacquiao negotiations have been taking place. Will the fans finally get treated to what they have been craving to see for half a decade? First, both men are going to be tested. Floyd Mayweather takes on Marcos Maidana on Saturday September 13th form the MGM Grand in Las Vegas. Then, on November 22nd, watch Manny Pacquiao take on Chris Algieri from The Venetian in Macau.