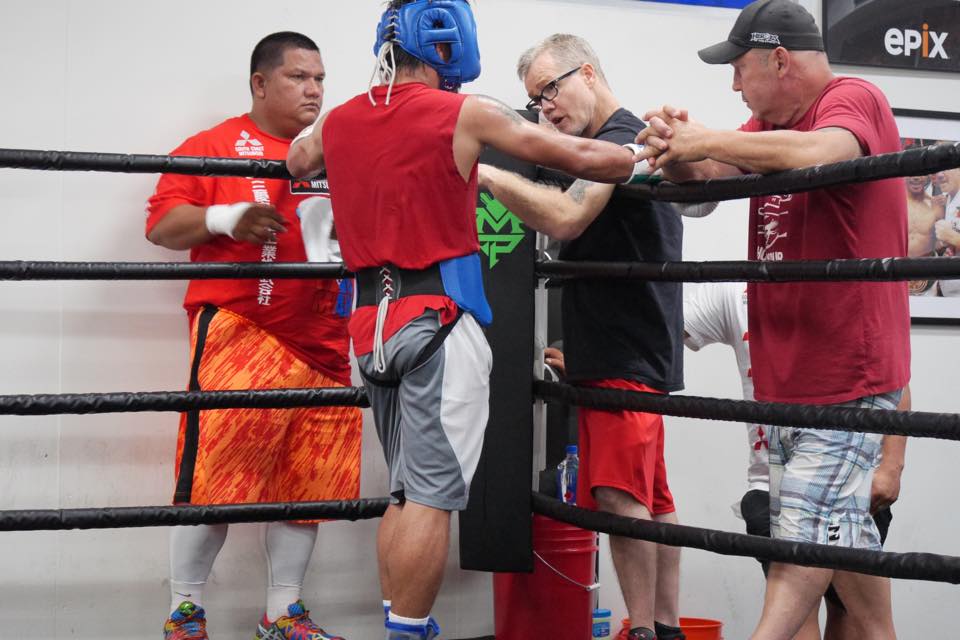 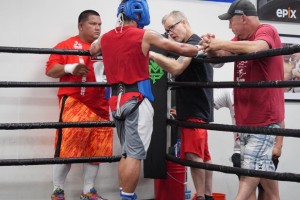 There were reports last month that Al Haymon was actually paying fighters not to spar with Manny Pacquiao in his preparations for the May 2nd showdown with Floyd Mayweather Jr. in Las Vegas, Nevada.

However, in an interview conducted on the On the Ropes boxing radio show, Freddie Roach said that he was able to acquire every sparring partner he was hoping to obtain.

Roach even suggested that he has a secret weapon that he’s waiting to use in the final stretch of sparring. Roach says that this sparring partner immolates Floyd’s style perfectly, and he will be the key to victory.

“I brought some great young kids to box; I’ve got too many actually. I got six really good guys that all look like Mayweather and I have one that I’m gonna use in the last two weeks is one that used to work at Mayweather’s gym and was part of Mayweather’s camp. He does the style really well; he’s my secret weapon right now; he’s my secret weapon right now. He’s staying at my house, we talk about strategy all night long, we watch film all night long and he said that Mayweather had disrespected him and they kind of just threw him aside, so I took him on.”

Most have suggested that it will be difficult for Floyd to get the kind of sparring partners that can adequately prepare him for what he’s going to see come May 2nd. However, Floyd’s skills are unmatched as well, and I doubt that either fighter will be fully prepared for what they will face come fight night. The fight may come down to which fighter can adjust on the spot.