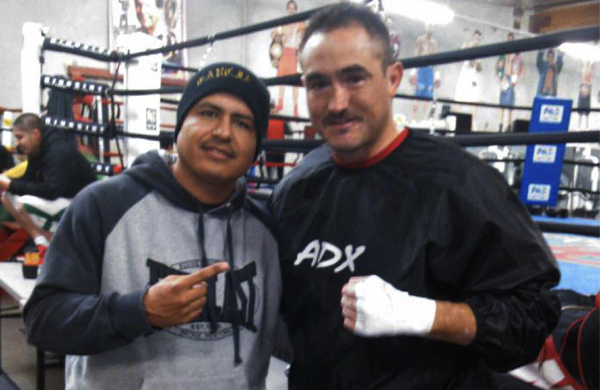 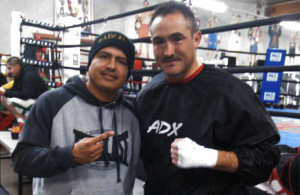 As the trainer of WBC Interim Middleweight Champion, Marc Antonio Rubio, Robert Garcia spoke at a press conference ahead of what he deemed his man’s toughest challenge as the pair commence preparations to take on the destroyer of the division, WBA Super World Middleweight Champion Gennady Golovkin, on October 18th in Carson, California.

Garcia was full of praise for the man who will oppose his fighter, calling Golovkin the best middleweight in the division, maybe the best middleweight in history.  By placing Golovkin in the same bracket as Marvin Hagler, Carlos Monzon and Ray Robinson as one of the best to ever swing in the division, his remarks serve two purposes whether he intended it or not. Firstly, if his man loses this fight it is akin to losing to Floyd Mayweather or Manny Pacquiao, who doesn’t? No big deal. Secondly, if Rubio causes the upset and defeats Golovkin, then the feat is all the more glorious in it’s accomplishment and the accolades will rain down like confetti on the fighter, the trainer and their gym.

“Rubio could have said no. He could have defended his world title a couple of times in Mexico and remained a world champion, but we’re here to challenge ourselves.” It is nice to know that Rubio will not be jealously guarding his title in his homeland though I’m sure he will be well compensated for the trip. On the surface Garcia’s comments appear quite defeatist as he acknowledges the increased chance of his fighter losing against a high calibre of opposition, but do not be fooled by this wily coyote.

Let us scroll back over the weeks and months on the calendar and stop on the square marked December 14th 2013. That day Garcia escorted Marcos Maidana to the ring to go up against Adrien Broner who was 27-0 at the time. The majority of fans expected him to do a job on Maidana like he has done to most of his opposition as he climbed up through the ranks to welterweight. Needless to say Maidana mauled Broner, knocking him down twice en route to a unanimous decision. The outcome was something many had hoped for but few expected, masterminded by Garcia whose plans were executed perfectly by his charge. Now, whilst the dynamics in the Golovkin-Rubio match are completely different, and the task at hand undoubtedly more difficult, nobody should be surprised that Garcia holds on to a genuine belief that he and Rubio can combine to smite the beast that is Golovkin. It that happens the result wouldn’t just upset the applecart, but smash it to little pieces and light the thing on fire too.