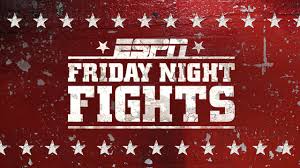 Delvin Rodriguez and Joachim Alcine fought to a split decision draw on ESPN 2’s Friday Night Fights main event. They fought in front of Alcine’s adopted home town of Montreal, Quebec, Canada. The fight was uninspired and neither fighter produced a performance worthy of a definitive win.

Commentators Joe Tessitore and Teddy Atlas were staunch in their reactions to the judges’ scorecards — 97-93 (Rodriguez), 96-94 (Alcine), and 94-94 — believing that Rodriguez deserved to win the fight outright.

However, the reaction was much tamer amongst fans and media on social media. If the nod was given to Rodriguez I wouldn’t see any reason to complain, and while I believe he deserved it less, Alcine was certainly in contention for the win as well. A draw was fair based on the fact that neither fighter was really on tonight and the lack of action in the fight is what produced the draw, clearly their penance for a lackluster main event.

Thaboxingvoice.com scored the fight 97-93 for Rodriguez.