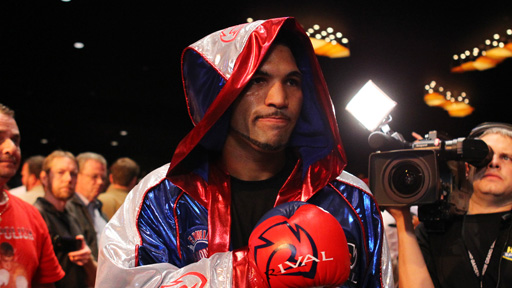 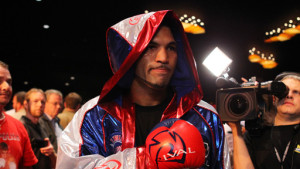 Edwin “La Bomba” Rodriguez (26-1, 17KOs) is getting ready to make his 2015 debut on May 23rd. He will be facing off against the undefeated Craig Baker on and NBC broadcast of Al Haymon’s “PBC” series. Not only will this be Rodriguez debut fight in 2015, but it will also be his debut on the “PBC” series.

Rodriguez has fought twice since suffering his first career loss to Andre Ward in 2013. He rebounded by rattling off two wins in a row to make it a perfect 2014 campaign albeit against less than mediocre competition.

Rodriguez, who is now campaigning at light heavyweight, is anxious to make his return and excited about fighting on network television.

“I feel great. I haven’t had a fight yet [this year], but I’m ready to go back on May 23rd [with] PBC on NBC. It’s my first fight with the ‘PBC’ series, and I’m really excited. I’m coming in here to send a message to all the light heavyweights. I’m fighting an undefeated fighter in Craig Baker and I just got to go in there and send a message and knock him out to get ready for bigger and better fights,” Rodriguez told Thaboxingvoice.com’s Anthony “Rod” Rodriguez.

Although Rodriguez has his sights set on Baker (16-0, 12KOs) he is hoping to make the kind of statement against him that will get him on the radar of the division’s best fighters. Regardless of politics, Rodriguez is eager to produce the kind of performance that gets the attention of a set list of 175lbders.

“I want Pascal, Adonis Stevenson, and Kovalev. Those are the big names in my division and I need to send a message to let them know I’m for real.”