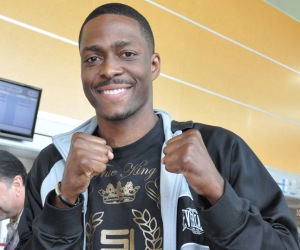 Comebacking former world title challenger and son of a legend, Ronald “The Chosen One” Hearns (26-5, 20 KOs) will appear in a featured six- to eight-round middleweight bout of Warrior’s Boxing’s mammoth 14-fight “Holiday Boxing Bash” event at the UIC Pavilion in Chicago on Friday, December 12.