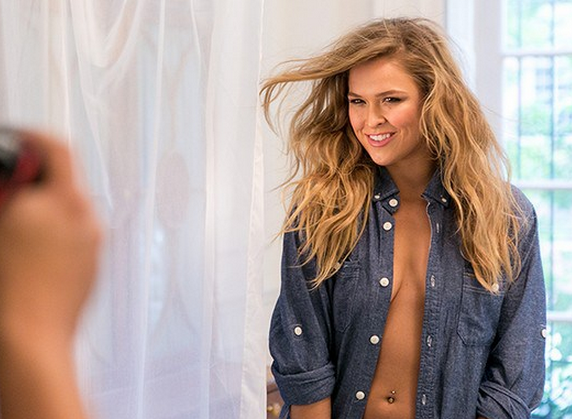 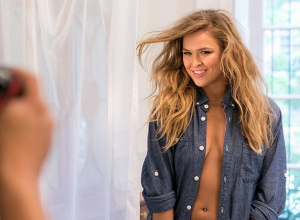 Undefeated UFC woman’s bantamweight champion Ronda Rousey is rooting for Manny Pacquiao to defeat Floyd Mayweather Jr. when the two pound-for-pound legends square off on 2 May at the MGM Grand in Las Vegas.

Rousey believes that Pacquiao shouldn’t jump in precipitously in the way he did against Juan Manuel Marquez in their 2012 fight. Pacquiao was knocked out cold after he was caught by a counter right-hand that he walked into during the sixth round.

Making an appearance on ESPN First Take, Rousey suggested that Pacquiao be composed and keep his feet planted on the canvas while using his speed and relentless pressure to get the victory over Mayweather.

“If Manny (Pacquiao) doesn’t jump in and if he uses really relentless pressure and uses all of his speed, I think he’s going to give Floyd (Mayweather) an extremely hard time,” Rousey stated on ESPN First Take. “I know that he presents some very unique problems that Floyd has not dealt with yet. If he doesn’t jump in and he stays planted on his feet and uses all the speed that he has, I think that’s a really good strategy for him.”

Stephen A. Smith brought up that both Rousey and Pacquiao are known to be aggressive fighters and wondered if it was a possibility that Rousey was ignoring the “defensive brilliance” of Floyd Mayweather. Rousey denied it vociferously.

“I’m not ignoring it at all. I know that Floyd is an extremely dangerous guy for Manny to fight, especially because he’s such a great counter-puncher. That’s why I said that Manny has to not jump in the entire time. If he jumps in the way he did against Marquez; it’s not going to work out, but if he keeps his feet planted and still uses his hand speed and pressure, it’s going to be completely different.”

A technical strategy may be the best bet for Manny Pacquiao. We know that if they focus too much on one category, like defense, Pacquiao is going to get smoked reminiscent to Canelo Alvarez’s annihilation in September 2013. You simply are not going to beat Floyd Mayweather at that.

The blueprint to beating Mayweather is there, but it requires a certain type of physicality and fighter to do so. If Pacquiao can stay patient and still utilize his hand speed, it’s going to be hell for the judges to score. If there is one man who can beat Floyd Mayweather Jr., the eight-division world champion is certainly at the top of the echelon.

Depending on what happens in the fight, it could go either way. Mayweather could win a split decision, Pacquiao could win a split decision. Heck, there could be a draw. I do not have the slightest clue. All I know is that several of us at Tha Boxing Voice will be in Las Vegas during Mayweather-Pacquiao weekend, and we are just as excited as you are to see the fight of the century.