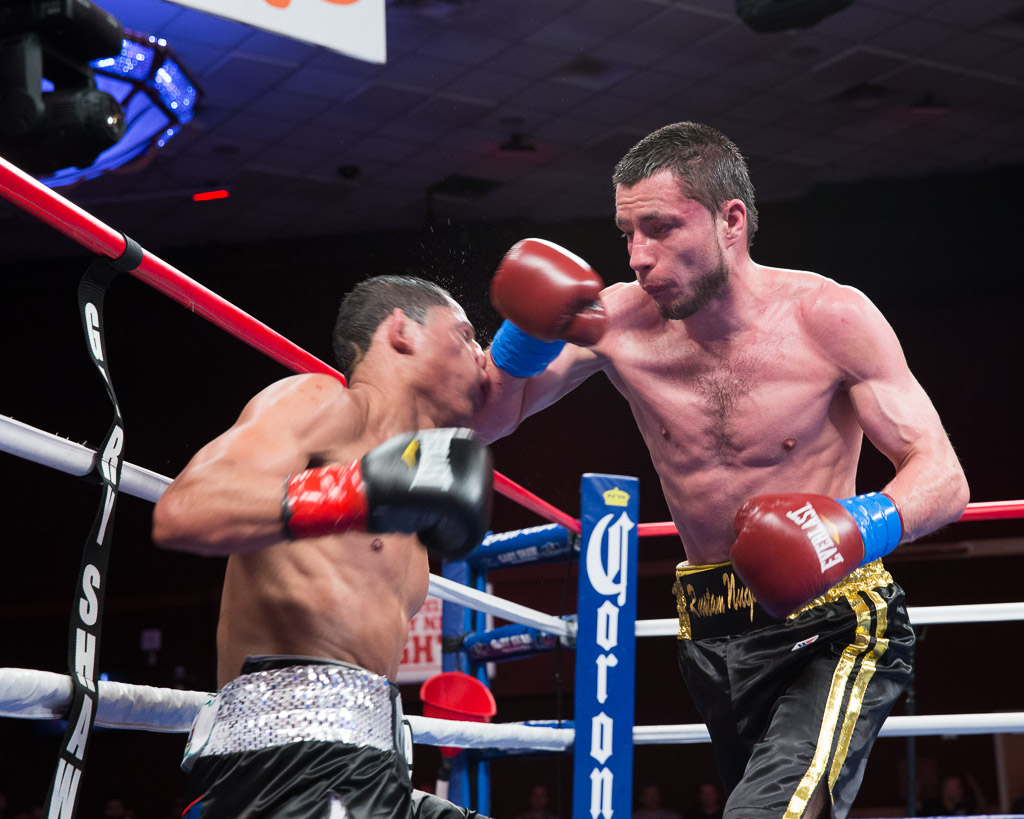 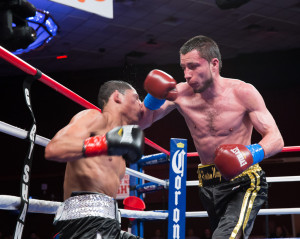 In the main-event, Lightweight contender Rustam Nugaev’s (27-7-1, 17 KOs) five fight knockout streak was halted by a very determined Denis Shafikov (34-1-1, 18 KOs), who put on a stellar performance winning by TKO at the 1:16 mark of round 9.  With the victory, Shafikov becomes the mandatory challenger to fight IBF Lightweight Champion Miguel Vasquez, whom he just lost a close unanimous decision to in his last fight.

“Tonight Shafikov was the better man,” said Nugaev. “I couldn’t get into a good rhythm with my game plane and it showed.  I still feel I have a lot of fight left in me and I promise I’ll be back to fight another day.  I want to thank Gary Shaw for all that he’s done for me.  I’m very disappointed I didn’t perform to my best ability tonight, but like I said…I’ll be back.”

In the co-main event, Puerto Rico’s shining star and IBO Super-Featherweight champion, Jose “Sniper” Pedraza (18-0, 12 KOs), looked sensational as he defeated the rough and rugged Juan Carlos Martinez (20-15-1, 7 KOs) by way of knockout when Martinez quit on his stool after the sixth round.  The win gets Pedraza one step closer to a world title opportunity as he is currently ranked WBA #4, IBF #7 and WBC #7.

“I knew Martinez was a very tough fighter coming in, but I wanted to make a statement and let the boxing world know that I’m for real,” said Pedraza. “I feel I’m ready to fight any of the champions in my weight class.  I’m going to let my promoter Gary Shaw put everything together.  I know I have the talent to bring a world title back home to my people of Puerto Rico.  I’ll be back in the gym as soon as I return home.”