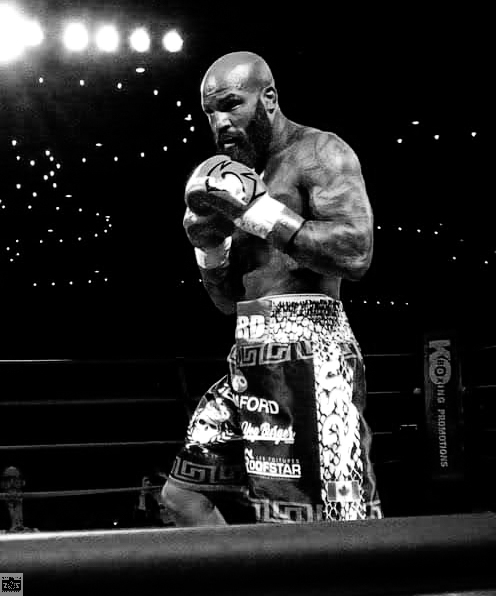 Prior to the Jake Paul – Ben Askren fight there was tension building between two other fighters. J’Leon Love and Tyrone Woodley traded words while Paul was getting his hands wrapped and a video was released showing Love constantly egging on Woodley who kept his cool but not without getting some verbal jabs in.

The video got quite a bit of attention from both the boxing and MMA communities and it seems to have opened the door for some future opportunities. Love has gone on the attack on Woodley via Twitter and has issued a challenge in response to one of Cody Garbrandt’s Tweets to Paul.

“Y’all MMA girls are doing to much crying to be so macho,” stated Love. “The money is in the boxing ring. You can sign up and catch that smoke to.”

It did not take long for Love’s Tweet to get the attention of a former MMA fighter and current boxer Ryan “The Real Deal” Ford.

“Yo J’Leon, I mean Pillsbury… Whenever you’re ready to put the donuts down I’m ready,” Tweeted Ford. Boxing record , MMA record, Im all about that smoke.”

Ford has an MMA record of 22-5 including numerous championships and as a boxer holds a record of 17-6. Ford is also ranked number 33 in the division on BoxRec.

MMA was not Ford’s first love in regards to fighting. His father Al Ford was an accomplished fighter and a Canadian champion so boxing has been in life since day one. Ford has been hungry for a fight and a chance to shut Love up would take care of that hunger for the time being.