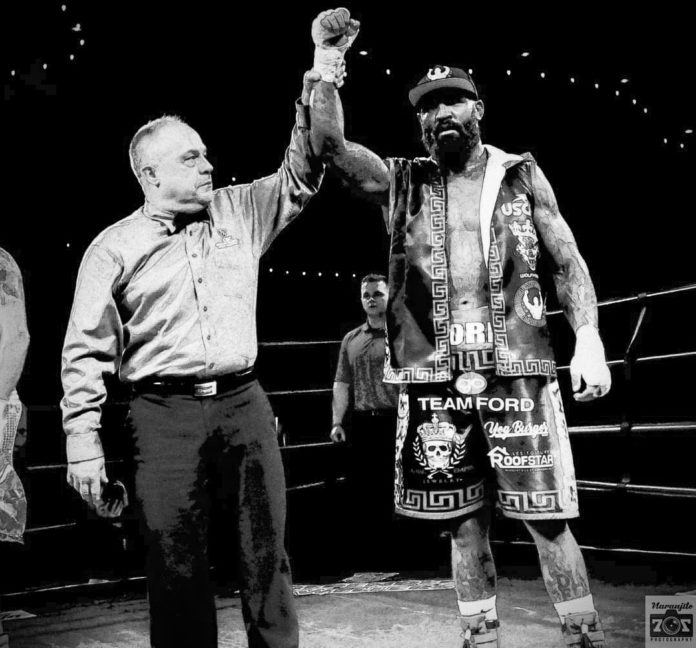 Last year Ryan Ford felt disrespected.  He had an offer to fight Ryan Rozicki in May and terms were accepted but the fight did not happen. Months later Ford was offered significantly less for the fight and no verbal punches were pulled on Ford’s end (http://thaboxingvoice.com/ryan-ford-on-lexson-mathieu-fight-falling-through-willing-to-fight-ryan-rozicki-instead/ ).

Fast forward four months and things have remained heated between the two.

“Ryan Rozicki you’re a little punk kid,” stated Ford via Facebook. “Stop talking sh** like you’re somebody. No one even knows who you are besides the people in your home town. You have 12 pro fights against 12 picked opponents.  Wow. You can take a punch that’s why you’re so stupid. You cut easy and you’re slow. Just look at your face after fighting picked fights and only 3 rounds.

I was putting grown ass men to sleep on the street and in the cage when you were watching cartoons still suckin on the nipple.

50 pro fights WORLDWIDE against top opposition and a champion in 2 sports and when I say CHAMPION I mean earning it not my promoters buying it.

Like I said you and your team want the fight you know what it cost FOR A REAL FIGHTER. You guys sent contract for 15k and weight at 180lbs to my homie and ghosted him and took another fight…..

Remember I got all the messages, you coming to me as a FAN BOY. You guys knew the deal from  last year when you wrote me. You guys ghosted me for 4 months then came back to low ball me at 5k.

I’m down to get down and move up 2 weight classes to fight you.

Now people will actually know who you are. Your Welcome!”