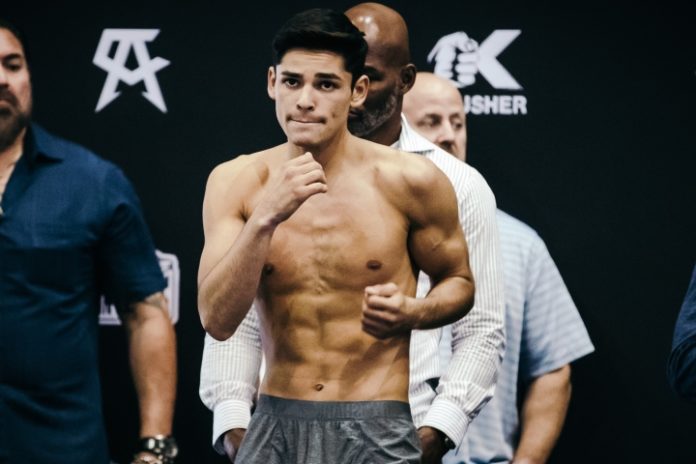 Now that the fight between Devin Haney and Jorge Linares has come and gone it’s time to look at what is next for Haney.

Haney probably won’t be stepping in the ring anytime soon for an actual fight because the fight was not as easy as he made it out to be. Sometimes you have to believe your own hype but there is no shame in getting hit, staggered, or dropped. It’s the fight game…it happens.

When Haney does get back into the ring it will more than likely be against the winner of Teofimo Lopez – George Kambosos; if not then the winner of the fight between Javier Fortuna and Joseph Diaz. One person it probably won’t be against is Ryan Garcia.

Before Garcia stepped away from boxing due to mental health issues he was signed on to fight Fortuna. According to Eddie Hearn and Haney, a fight was offered to Garcia, but he turned it down and instead took the Fortuna fight.

Garcia did have his eye on tonight’s fight between Haney and Linares though and he gave his opinion once the fight ended.

“Good fight but I’m sorry Devin I would have KO’d you. I would have slept you,” stated Garcia via Instagram stories.

Had that been the case then Garcia should have taken the fight with Haney. Maybe after this performance, he will feel more inclined to do so but one thing is for sure there’s too much talk from the top guys in the division and not enough action taking place between them.