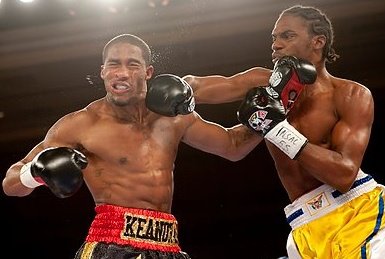 Fighting in the eight-round co-main event last Friday (April 19) at the Tropicana Casino & Resort in Atlantic City, and live worldwide onESPN Friday Night Fights, Jackson was stronger and faster than the well-regarded Fort and won by unanimous decision (77-75, 79-73 and 79-73).

WBC #15 Jackson was expected to face a test against Fort (then 16-0-1, 11 KOs) but was simply a league above his game opponent. Jackson took Fort’s power with ease while delivering world-class power shots in dazzling combination. It was an impressive win for the 24-year-old son of former world champion Julian Jackson.

“John was sensational,” said Lewkowicz. “He showed he is a class above even well-regarded prospects. Fort is a strong fighter and John was just too good for him. Even though he is a KO puncher, he took his time and picked Fort apart. That was a veteran move and it showed his true championship character.”

Lewkowicz says Jackson will be back soon in an even higher profile matchup. “The next fight will hopefully be an ESPN main event against a quality opponent that will showcase to the world that he is a future champion. And after that, I will be looking to the premium cable channels like HBO to put him in a world-title fight. I believe it’s going to be a big year for John Jackson.”