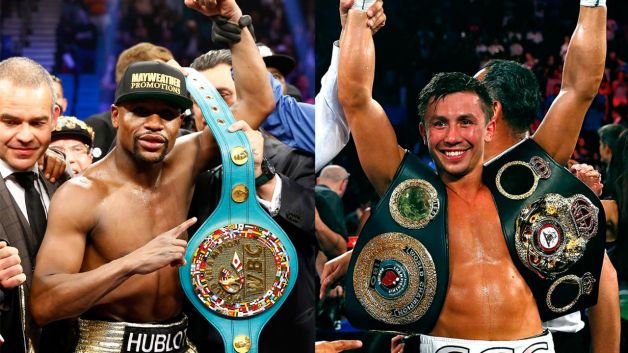 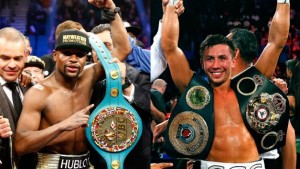 Gennady Golovkin is on a mission. Well, he’s been on a mission, the same mission, for quite some time. The plan has always been to become the unified middleweight champion of the world. That is what K2 Promotions, Golovkin’s promoter, have been working towards for the last several years, but 2015 will be the most genuine stride Team Golovkin has taken to make unification a reality.

Golovkin will hope to capture the IBF version of the middleweight crown when he challenges David Lemieux on October 17th at Madison Square Garden in New York on HBO PPV. If he is successful, then he will add that title along with his WBA Super World middleweight title, which is also on the line in the October fight.

Golovkin’s trainer Abel Sanchez is never hesitant to say what he thinks, and he has a prediction for the Cotto-Canelo fight.

“I believe Canelo beats Cotto in a very good fight. I think youth will win. I think Cotto has had some tough fights, but it’s going to be a difficult fight. It’s not going to be easy,” Sanchez told Fernando Pimentel of Tha Boxing Voice.com

Assuming Golovkin remains undefeated in his next two fights, he could hold three of the four major titles at middleweight. That doesn’t mean that the Cotto-Canelo winner will fight Golovkin next, but according to the WBC they will have to or risk being stripped of the title, which means Golovkin could fight someone for the vacant belt.

There are all kinds of wrenches in boxing, and I wouldn’t be surprised if we see one or two before the WBC middleweight title picture is settled. Step aside money, side bargains, and impromptu rule changes could all be a factor.

Sanchez is aware of the unforeseen obstacles that could get in the way of Golovkin’s goals, but he is hopeful that the WBC’s orders will stand. The way he sees it, neither Cotto nor Canelo is bigger than the WBC title. There is no fighter on their radar, just the title.

“I hope because the WBC has mandated that the winners have to face each other for the regular WBC titles, that they live up to their word and do it. We’re willing to do it, but we’re not looking to fight Canelo or Cotto. We’re looking to fight for the WBC title, so whoever is there is the guy we’re going to face.”

Bernard Hopkins was on hand during the Golovkin-Lemieux press conference, and Sanchez found his presence significant because the Philadelphia fighter was once the unified middleweight champion with 20 defences. This is where Golovkin hopes to be one day and nothing will veer him from the plan.

Sanchez believes that there are no fights out there big enough to sway Golovkin from unifying the titles.

However, in Sanchez’s eyes there is only one factor/fighter that could get in the way of Golovkin further unifying the titles, and that would be a showdown with Floyd Mayweather Jr.