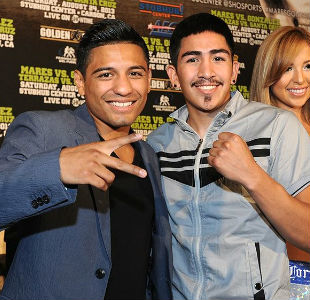 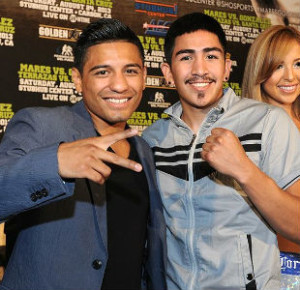 The build up for a fight between Leo Santa Cruz and Abner Mares has been in the works for over two years now and after several road blocks and speed bumps, it has come to light that the two Mexican warriors will finally get a chance to prove “quien es el más macho,” according to Lance Pugmire of the LA Times. The fight has been a long time coming, and it was not an easy task.

In 2013, Mares had one of the biggest victories of his career and seemed unstoppable when he took on and beat his good friend Daniel Ponce De León, but the celebration would be short-lived.

Three months after the De León victory, Mares would go on to take on veteran Jhonny Gonzalez, who any deemed a long shot and possibly a fading fighter, but doubters we’re wrong.

Gonzalez made quick work of Mares, and the possibility of facing Santa Cruz seemed to be gone.

Santa Cruz fought on the same card as Mares-Gonzalez and won via third-round KO over Victor Terreazas and bigger opportunities would come his way, like a fight against Guillermo Rigondeaux, but politics always seemed to get in the way.

The two fighters are not set to face each other in Los Angeles on August 29th in what will be a career defining fight for both.

Given the fighters, history it will be a fight of epic proportions and is guaranteed to be a war.