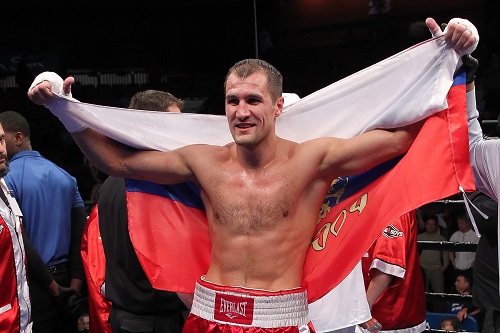 Atlantic City, NJ:  Undefeated light heavyweight Sergey “Krusher” Kovalev (23-0-1, 21 KOs) has yet to go beyond eight rounds in any professional bout in his career, because 91% of the time he knocks out his opponent before the fight gets too far, but if Cedric “L.O.W.” Agnew (26-0-0, 13 KOs) hopes to defeat Krusher taking him into the later rounds may be his best shot for success on March 29 at Boardwalk Hall.  Below is the scouting report for the March 29 fight for the WBO Light Heavyweight Championship at Boardwalk Hall on HBO Boxing After Dark:

1.   Will Sergey be able to handle a pure boxer inside the ring?

2.   Will Agnew fold under the lights?

3.   Will Sergey be looking past this fight onto bigger fights?

4.   Will Agnew be able to take Sergey’s punch if it connects?