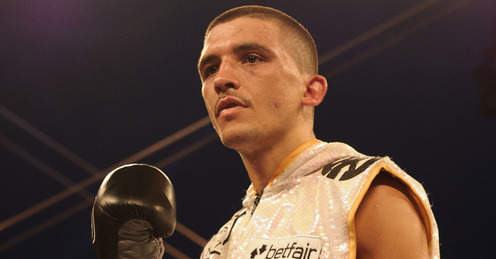 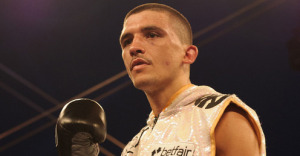 Tomorrow night, Lee Selby will step in the ring against undefeated Australian, Joel Brunker at the O2 Arena in London, England. The co-main event will be gold-medalist and highly touted Anthony Joshua against old veteran Denis Bakhtov. The card will be broadcasted live on Sky Sports 2.

The fight between Selby and Brunker will decide who will be the mandatory challenger for the IBF featherweight title. The current champion is Evgeny Gradovich, who will be fighting Jayson Velez next month.

Selby is coming off a string of wins against not great, but decent opposition. Fighters like, Martin Lindsay, Ryan Walsh and Rendall Munroe have been beaten decisively in the last two years. The cocky Welsman, who holds a record of 19 wins (7 KO’s) and 1 defeat, seems ready for the next stage in his career, a shot at the world title.

Between Selby and a shot at the world title stands Joel Brunker. The 28-year old Australian hasn’t fought anywhere near the quality of opposition that Selby has. His best win is arguably Mike Oliver. Five of his last six fights were scheduled for only eight rounds. On top of that, Brunker has been plagued with inactivity lately. He hasn’t fought since August last year.

Brunker is a come-forward fighter with pretty fast hands. He seems to be able to take a punch well, although from weak opposition, and is willing to take a few in order to get close to his opponents. Despite his decent knockout ratio, 15 stoppages in 27 fights, his power is around or slightly below average.

Selby is far from a big puncher himself. The 27-year old fighter from South Wales does have fast hands, like his opponents. The difference between the two fighters comes from movement. Where Brunker is a come-forward fighter, Selby likes to move around his opponent. His quick feet and hands allows him to get out of the way from danger, while moving in from time to time to land some good combinations of his own. Also his defensive abilities seem superior to those of the Australian. Selby is able to avoid a lot of his opponents punches with great head movement, while Brunker’s only defense is keeping his hands up. There is very little movement in both his head and feet. I predict a pretty one-sided, but also entertaining, decision victory for Lee Selby, and I wouldn’t be shocked if he is able to stop him in the later rounds.

On to the co-main event. There has been a big buzz around Anthony Joshua from the first minute he turned professional, and the 24-year old fighter from Watford, England has been looking nothing but sensational ever since. Of his eight opponents, only Konstantin Airich has been able to make it out of the second round so far.

Not only inside the ring the signs are promising, the fighter has been saying all the right things. Quotes like “I am only at the start, hard work is the key” or “I keep my head down and stay hungry” are heard from Joshua before and after every fight.

About his next opponent, Denis Bakhtov, the olympic gold medallist said to Sky Sports, “Bakhtov is a lot busier than my last opponent. I look at him the same as I looked at Matt Legg (who Joshua fought in his sixth professional fight). Legg came out with a lot of hooks and gave it a go. Bakhtov can take punches for fun, and he’ll be looking to get to me. Hopefully, he’ll be the one eating a lot of shots. I have to get the win. Simple as that.”

While Bakhtov seems a step up from Joshua’s previous opponents, we should not expect to much trouble for Joshua tomorrow. Bakhtov has been stopped four times, recently by Manuel Charr. I expect Joshua to make quick work of his Russian opponent and I believe he will stop him in three rounds.

The undercard looks far from spectacular. We will see fighters like John Ryder, Tommy Martin and Ricky Boylan in against overmatched opponents.