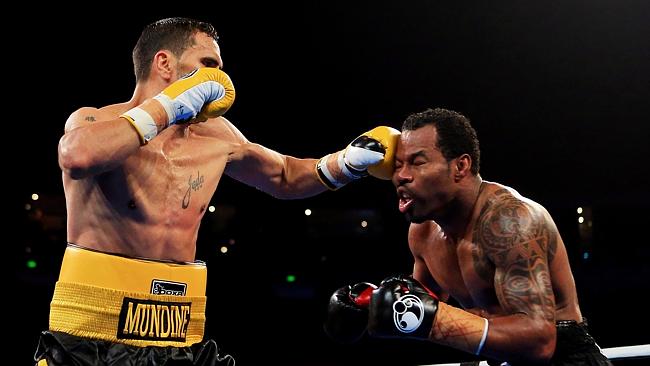 Throughout the years Shane Mosley has proven that he is a force in boxing but as does every fighter age has caught up with him and he is a shell of his former self.

Mosley looked to be at his best when he faced off against Antonio Margarito who at the time was one of the most avoided boxers. Mosley as considered to be somewhat washed up at the time but was able to get a tremendous victory but that was the beginning of the end for Mosley.

Mosley would then go on to fight Floyd Mayweather and the first two rounds Mosley looked like he had a shot but that was far from the case.

After the Mayweather fight then Saul Alvarez and Manny Pacquiao would get a shot to add the name of Shane Mosley to their belt.

Shane was clearly done in his career and decided to call it quits to which the boxing world rejoiced because no one wants to see a fighter take more punishment in their life and suffer after they retire.

After a while Mosley decided to come back and did not look bad against Pablo Cesar Cano  but he clearly did not have “it” back.

Earlier today Mosley fought against Anthony Mundine and lost. The loss would mark the first KO loss of Mosley’s career. Mosley cited back spasms as the reason for him to no longer continue fighting.

The spasms and the loss should tell Mosley that age and body deterioration has gotten the best of him and he would be doing a disservice to himself and those that care for him should he continue to try and fight on.