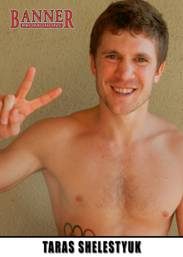 Philadelphia, PA (February 20, 2014)– Tomorrow night at the Edgewater Casino in Laughlin, Nevada, Boxcino 2014 kick offs with the opening round in the lightweight division.  In addition to the four quarterfinal lightweight bouts, two members of the Banner Promotions stable will be in action.
2012 Olympic bronze medal winner Taras Shelestyuk will fight Francisco Flores in a jr. middleweight bout scheduled for four rounds.  Also seeing action will be undefeated jr. welterweight Cornelius Whitlock battles Luis Hernandez in a 4-round bout.

Shelestyuk, of Sumi, Ukraine, has a record of 6-0 with 4 knockouts and will be making his first start of 2014 after a busy eight-month stretch in 2013 when he turned pro and racked up those six wins, including a decision over then undefeated Travis Hanshaw (7-0).
Shelestyuk fights out of the famed Wild Card Gym in Hollywood, California, and is managed by Vadim Kornilov.
Flores of Mexico City is 2-3 with 1 knockout.
Whitlock, of Baltimore, Maryland, has a record of 2-0-2 with one knockout and is coming off a first-round stoppage over Josue Rivera on November 14 in Washington, D.C.
Hernandez of San Bernadino, California has a record of 2-6 with two knockouts.
“We are very excited to have this great night of boxing,” said Banner Promotions CEO Arthur Pelullo.
“Obviously this is going to be a great tournament but we are also looking forward to seeing the continued development of Taras and Cornelius.”
Tweet