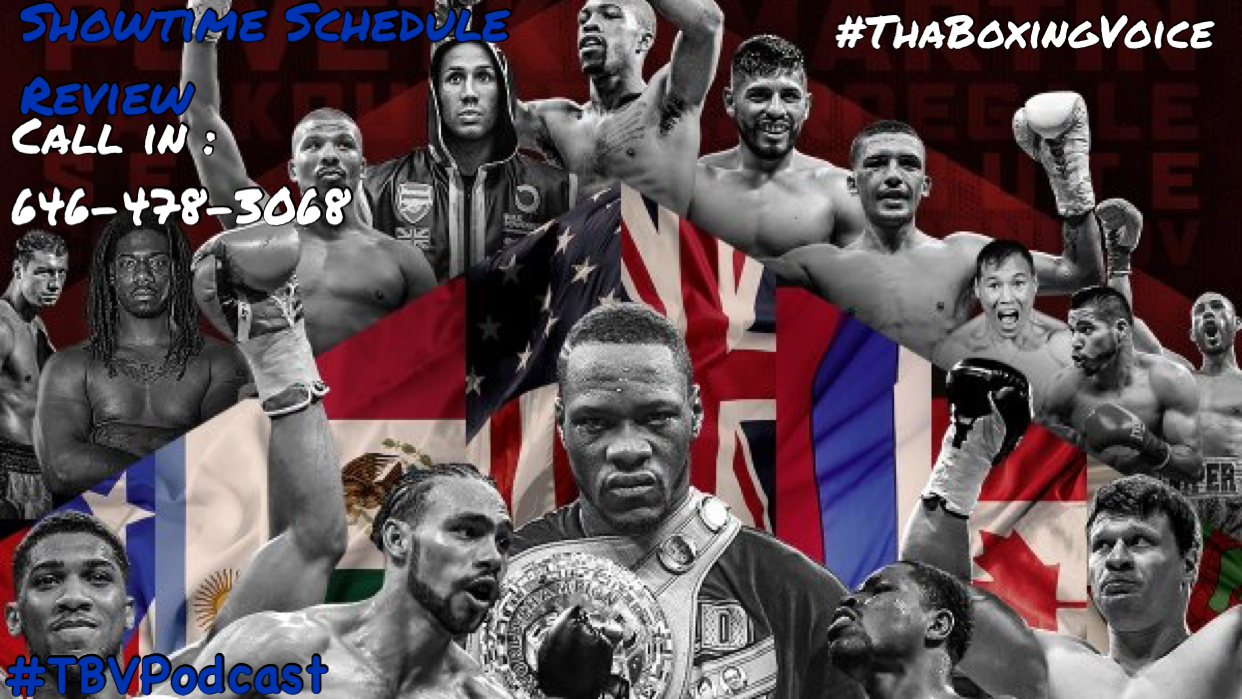 On today’s show, the panel discusses this past Friday that sent shockwaves through the boxing world. It seemed to be one major fight announcement after the next, most of which were associated with the premium network ShowTime. The fight announcements came quick, and some of the announcements were harder to digest than others, so much so that they seemed to come all at once.

From the finalization of Deontay Wilder and Alexander Povetkin taking place in Russia to the bombshell of Leo Santa Cruz and Carl Frampton targeted for the summer. Some announcements raised more curiosity than excitement. Fight cards like the one on April 30th that will see Badou Jack and James DeGale fighting in separate bouts as opposed to against one another will surely be a hot button issue today amongst fans wondering why they need a fight in between, especially considering the level of opposition—Jack fights Lucian Bute for his WBC super middleweight world title while DeGale puts his IBF super middleweight title against Rogelio “Porky” Medina.

Other notable announcements were Showtime’s U.S. broadcasting rights of Charles Martin defending his IBF heavyweight title against the fast rising Anthony Joshua taking place on foreign soil, Abner Mares fighting Jesus Cuellar in the co-feature of the Thurman-Porter card, which received a new date as part of the Friday announcements.

The panel will discuss the remainder of the announcements. What will be interesting is Nestor Gibbs reaction to the amount of PBC fights announced not happening on free TV. And, how will Mario react after being so critical of Leo Santa Cruz’s fight choices, will he eat his words and will he refer to this fight as a 50/50 or an easy night for Frampton? How will Beeb react towards the announcement of Wilder-Povetkin and does he give the winner more than a fighting chance versus Tyson Fury?

And just how many fighters did the casual fan recognize in Friday’s huge shakeup of announcements? Tune in as we gauge just how dramatic Friday’s announcements were in the eyes of all casual fans and the commercial impact it could have on the fight game.