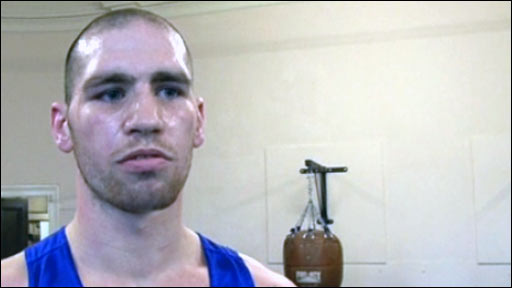 Stephen Simmons will defend his WBC International Silver Cruiserweight title against Wadi Camacho at the SECC in Glasgow on March 1, live on Sky Sports.

Simmons claimed the vacant strap in September at the same venue with a comprehensive points win over unbeaten German David Graf, and the 29 year old Scot is aiming to move his own unbeaten record into double figures against Camacho.

‘The Macho Man’ travels north of the border in a bid to kick 2014 off in style, with the Londoner eager to impress after losing a British Cruiserweight title eliminator to Tony Conquest in October.

Camacho bounced back in December with a third round stoppage win over John Anthony at the ExCeL in London, and with the rivals stoking the fires online in recent months, promoter Eddie Hearn expects a classic between the big hitters.

“I’m delighted to have made this clash,” said Hearn. “Both Stephen and Wadi have had plenty to say on Twitter but on March 1, the talking stops and we see who walks the walk.

“The Cruiserweight division is crying out for someone to take it by the scruff of the neck and make a name for themselves, so the stakes couldn’t be higher for both men with the winner set to land some big fights this year.”

Simmons’ battle with Camacho is part of a great line-up of action in Glasgow for Ricky Burns’ latest defence of his WBO Lightweight World title.