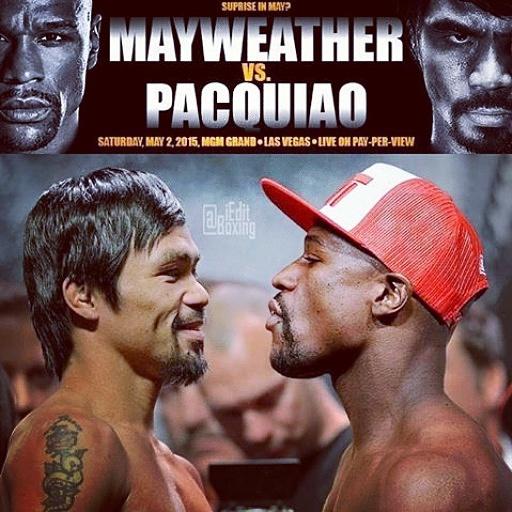 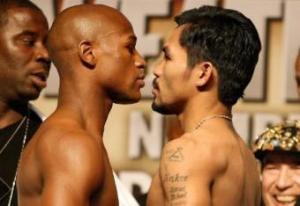 Will a fight between Floyd Mayweather and Manny Pacquiao ever happen ? Boxing fans have called for it for a long time and have been let down on several occasions but who is to blame?

Both fighters and their camps point their finger in the opposite direction when it comes to the fight falling through and often claim that they are not getting enough or the opposing side is getting too much but who is really right? That we may never know but another side to the story has been added.

Stephen Espinoza of Showtime took to social media recently and stated that Pacquiao was offered $40 million plus a big upside  (which is more than he has made than in his recent fights ) for a fight with Mayweather and turned it down.

Where do fans go from here? Who do they believe? Espinoza does showcase Mayweather so some could say he is making it up. We have heard so many different stories from all sides involved so it’s pretty much impossible to know who is telling the truth and who is not. 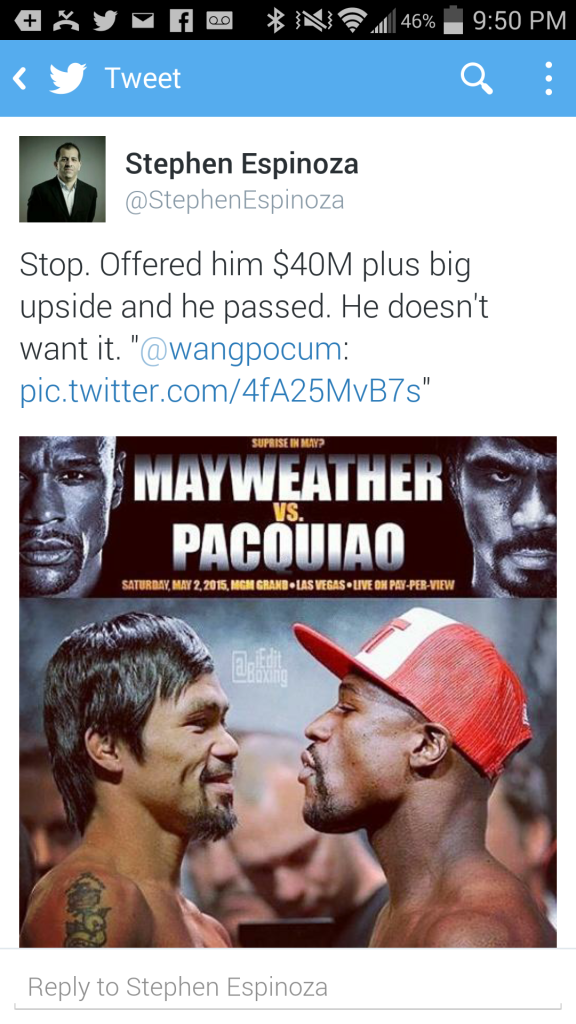