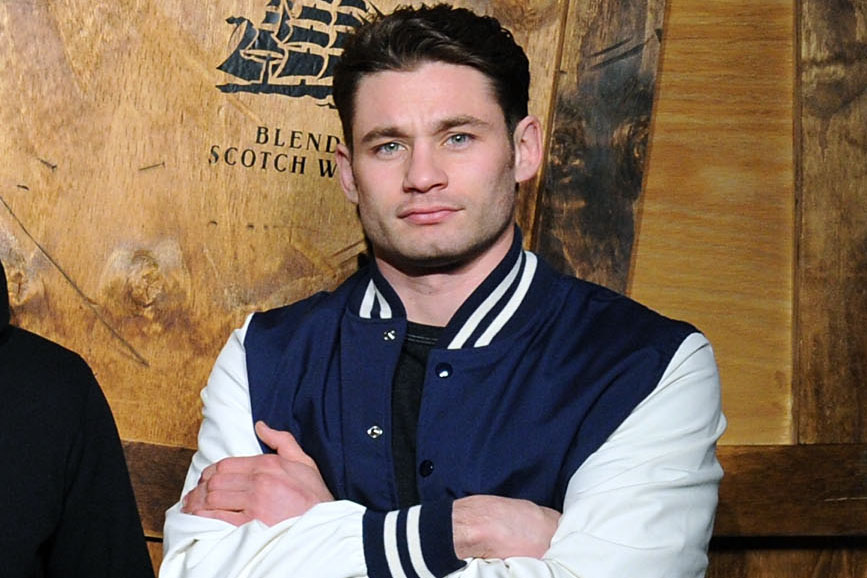 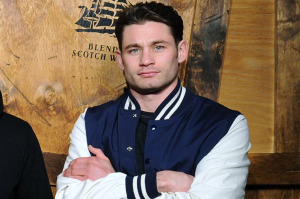 Just one day after arriving in Macao, undefeated World Boxing Organization (WBO) junior welterweight champion CHRIS ALGIERI resumed his promotional roadwork for the biggest fight of his professional life – challenging Fighter of the Decade and reigning WBO welterweight champion Congressman MANNY “Pacman” PACQUIAO. On a busy Sunday in the St. Mark’s Square section of the Shoppes at Venetian, Algieri made a public appearance where he was greeted by hundreds of fans, posed for photos and answered questions about his career and this Saturday’s battle with Pacquiao.

“With one million square feet of retail space and over 350 stores at the Shoppes at Venetian I think I can get in my daily roadwork and my Christmas shopping, all at the same time,” said Algieri to the delight of fans and shop owners alike. “I love Macao. It was great during my last visit on the promotional tour and it is even better this time. I am glad to be able to spend more time here.

“I worked hard for over 10 weeks in the most strenuous and productive training camp of my career. I had a lot of different sparring partners, including Zab Judah, giving me different looks to prepare me for anything Pacquiao decides to throw at me. I am 110% prepared for our fight.”

When asked how a fighter could be so handsome, Algieri responded, “Every time I enter the ring I look to improve and perfect my master-boxer style of fighting — utilizing the space inside the ring to my advantage. Good defense is the key to preserving my handsomeness,” Algieri continued to the laughter and shrieks from his female fans.”

Algieri concluded his public appearance by presenting three contest winners with Algieri and Pacquiao-autographed boxing gloves and posing for photographs with them.

Algieri will resume light training on Monday morning and meet with the first wave of U.S. media to arrive in the afternoon.

Algieri (20-0, 8 KOs), from Huntington, NY on Long Island, has Bachelor of Science degree in Health Care Management, a Masters degree in Clinical Nutrition and a Ph.D. in Upsets Inside the Ring. Algieri, who aspires to attend medical school when he concludes his boxing career, has become sports’ Horatio Algieri story! All of New York is riveted to its only world champion as he prepares to battle Pacquiao (56-5-2, 38 KOs), the lone congressional representative from the Sarangani Province of the Philippines, and boxing’s only eight-division world champion. All four of New York’s daily newspapers plus most major U.S. news outlets will be in Macao to chronicle fight week.