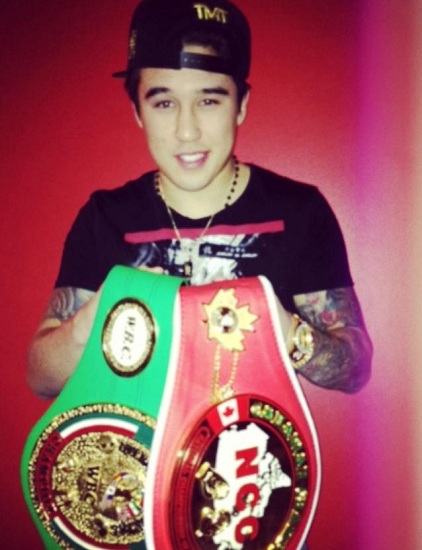 Canadian welterweight champion Steve “The Dragon” Claggett recently received an offer to head down to the U.S. and have the toughest test of his young career in a ten roound bout against Jose Benavidez Jr. in July but is more than likely not going to happen due to an injury suffered by Claggett and although the fight will not happen right away, it will in time.

“Not right away. It will soon though,” said Claggett when asked about the matchup. “They offered us the fight but I’m injured right now. I’m not gonna take a fight that close especially a big one like that with a half ass training camp. I will beat Benavidez. I know things about him and have seen him up close before. I got a plan!”

Claggett suffered an injury to his hand while separating his dog that was involved in altercation with a neighbor’s dog.

“My dog fought my neighbours dog. I ripped them apart got clipped on the knee and reacted wrong tried to pull him off and got it on the hand. I had to get some shots and shit to be safe.It’s not the worst thing it just kept me from sparring. I’m gonna try this week though. I think that I can do it.”