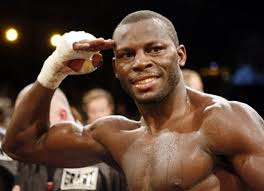 Steve U.S.S Cunningham is set to return Oct 18th in his hometown Philadelphia, PA against Natu Visinia. His hometown fans were treated to a classic fight in Cunningham’s previous fight against Amir Mansour. A fight where Cunningham got off the canvas twice to score his own knockdown in the last round of the fight which sealed the unanimous decision victory for the hometown fighter. Granting him with the USBA Heavyweight title. Cunningham is looking to have another great showing for his fans this Saturday against Visinia. Visinia has not been in the ring with any quality fighter comparable to the veteran Cunningham. He is taking a definite step up in this fight.

With that said look for a confident Visinia as he is undefeated and has more experience as a true heavyweight. The former left guard in football for Southern Illinois University is looking to impose his true heavyweight size against the lean athletic build of Cunningham who is fairly new to the heavyweight division. Couple that with Visinia’s experience sparring with the likes of Wladimir Klitschko, Evander Holyfield and Lamon Brewster and you get a interesting looking fight.

It is set up to be the matador vs. the bull in this fight, which would favor the veteran Cunningham. If you have ever seen a Cunningham fight you know he will not shy away from mixing it up and trading shots. On Oct 18th look for a very determined effort from both parties to try and put their perspective names in the scarce American heavyweight pot.