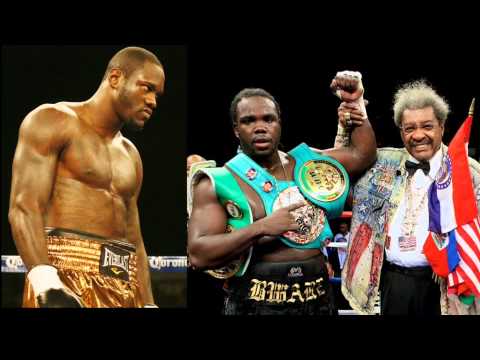 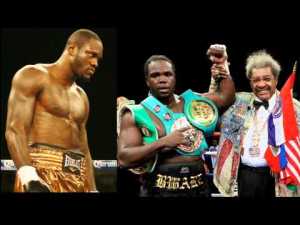 The much mentioned on and off again mandatory WBC world heavyweight title defense between champion Bermane Stiverne and WBC number one contender Deontay Wilder may have a date and location finally set.

According to ESPN.COM’s Dan Rafael, two sources have confirmed that the bout will take place on January 17th of 2015 at the MGM Grand Garden Arena in Las Vegas.

Stiverne won the title this year in his only fight defeating Chris Arreola. The belt became vacant once Vitali Klitschko decided to pursue a political career and retire from boxing. Stiverne has only fought once this year and as a Don King fighter, seems to be the trend.

Wilder is said to be the brightest young American heavyweight with a chance to dethrone the king of the division, Wladimir Klitschko. However because of his limited opposition, there are many questions to be answered.

The bout doesn’t have a network home yet but there is much at stake in this bout. Klitschko just signed a 3 fight deal with HBO and has 2 fights left after his destruction of Kubrat Pulev. The winner of this bout could be one of Klitschko’s two opponents next year in a bout that would unify all the titles and make the winner the undisputed king of the heavyweight division. Wilder is a Haymon fighter and as of late HBO and Haymon have not been on the best of terms. But one would assume that a fight of that magnitude should Wilder win would be something worth pursuing. Same goes with Stiverne, although the much bigger fight for Klitschko might just be Wilder, especially if he passes the massive test in Stiverne.