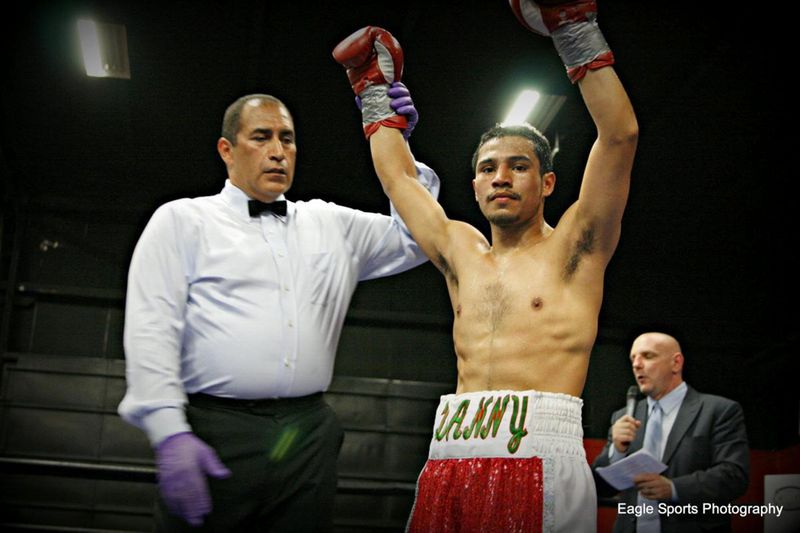 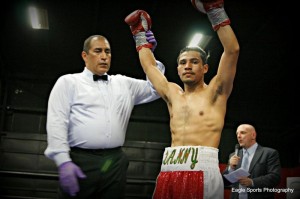 Connecticut’s Super Bantamweight prospect, Danny Aquino (15-2, 10 KOs), makes his return to the ring on Saturday September 20th, 2014 against an opponent to be announced. The six-round bout will take place at the Resorts World Casino New York City in Jamaica, New York. The show will be promoted by New Legend Boxing.

After a year layoff, Aquino is excited to be back in the ring. Aquino was recently signed to a three year promotional deal by New Legend Boxing and DiBella Entertainment.

“I feel happy to be part of New Legend Boxing and Dibella Entertainment. I know that with them I will achieve great things in the sport of boxing. This is the opportunity that I have been looking forward to. Now I will be able to show everyone who Danny Aquino is,” said Aquino.

“Danny Aquino had an outstanding amateur background compiling a record of 95-12. He is a strong and relentless fighter,” said New Legend Boxing promoter Felipe Gomez. “Aquino is one of those fighters that will have the crowd on their feet from start to finish.”

In the main event, undefeated Jr. Middleweight Frank Galarza (14-0-2, 9 KO’s) of Brooklyn, NY will take on an opponent to be named in a 10-round bout.

Chris Galeano (4-0) of Bronx, NY will take on an opponent to be named in a Middleweight bout.

In Four round Bouts:

Danny Valle (5-0, 3 KO’s) of Bronx, NY will fight against an opponent to be named in a Jr. Lightweight bout.

Devaun Lee(2-0, 1 KO) of Queens, NY will see action against an opponent to be named in a Super Middleweight bout.

Jordan Rodriguez of Brooklyn, NY will make his pro debut against Angel Siguenza (0-1-1) of Queens, NY in a Bantamweight bout.

A complete list of all fighters scheduled to appear on the September 20th card will be announced in the next press release. Doors Open 6:00PM / First Bout 7:00PM

* RINGSIDE & V.I.P. RINGSIDE will be sold on a first come, first served basis…