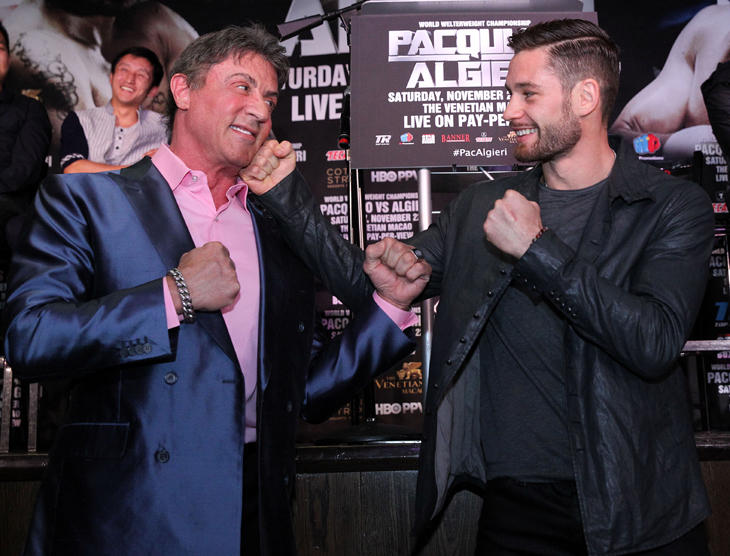 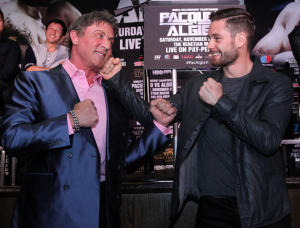 Sylvester Stallone is no stranger to the squared circle. The Hollywood icon depicted one of the most vibrant characters boxing has ever seen when staring in the film “Rocky.” Stallone also in the early 2000s focused on an ill-fated TV show entitled “The Contender” that spawned some household names, but was out staged by a cast member killing himself after losing a fight.

“It’s amazing when art imitates life and when life now imitates art and somewhere in-between you have Chris [Algrieri]” said the famed actor as he used his hands to poetically introduce Algieri. The context for the press conference was that Algieri now faced a Rocky esque moment of definition as he comes in against all odds to face a megastar, Manny Pacquiao. Stallone viewed the fight as something that the sport of boxing needed and a kickstart to gain more interest in sport.

“It’s a great Cinderella story and it’s always great to say can Rocky really happen in reality?’ Well, I guess you’re about to see it.” Stallone stated as he showed the utmost confidence in Algieri. Stallone even went so far as to say that he believes we have the birth of a new star as he ended the speech with a handshake for Algieri.