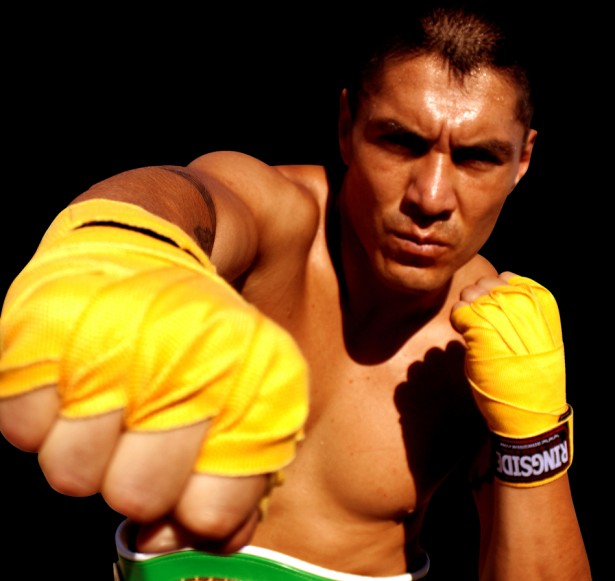 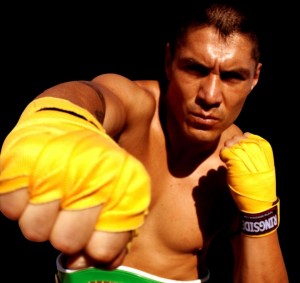 George Tahdooahnippah (34-1, 2 KOs) has issued a warning to Danish super middleweight Patrick Nielsen (23-1, 11 KOs) ahead of their WBA International Championship clash on March 14 at the Ballerup Super Arena in Copenhagen.

‘’I’m coming to shatter all of his hopes and dreams,’’ proclaims the Oklahoma-based boxer. ‘’If Nielsen thinks he is going to go straight through me and challenge for world titles, he is mistaken. I’m going to ruin all his plans and make Denmark my second home.’’

Tahdooahnippah, a top-ten world ranked super middleweight, is a member of the infamous Native American Comanche tribe. By claiming Nielsen’s scalp, the 36-year-old intends to prove that the Comanche’s warrior spirit is alive and well in 2015.

‘’A lot of people think the Native Americans all died out but nothing has died within the Comanche community. I’m going to prove that. I’m a real life wild Comanche, and I’m going to bring it.

‘’I’ve got the whole Comanche Nation behind me and with their support I can’t lose. The fire is burning, and I’m ready to cause an upset. Fighting is in my blood, and I’ve never met anyone tougher than me. They’re going to know about the Comanche warrior in Denmark after I’ve finished with Nielsen.

‘’I want to entertain and I want share my culture with the world. That’s why I’m bringing my Fancy War Dancer with me. He’s going to rush the ring, wow the crowd and put the medicine down, and then the Comanche Boy is going to come in and destroy. Once the dust has settled, the fans will get to see my Comanche victory dance.

‘’When you kill your prey, when you claim a victim, you’ve got to honour their journey and honour their passing into the afterlife. That’s what the dance is about. It’s a celebration and a proclamation of victory! Two warriors battling and I got the kill!’’

The WBA International Super Middleweight Championship showdown has been labelled a ‘Clash of the Clans’, with the Comanche warrior travelling to Denmark to face the Viking boxer.

‘’I don’t know too much about the Vikings, just what I’ve seen in the American history books,’’ admits Tahdooahnippah. ‘’But I know they were warriors. Nielsen’s forefathers were warriors, and so were mine. It’s Comanche vs. Viking – a battle of wills! It’s going to come down to whoever wants it more!’’

Nielsen vs. Tahdooahnippah tops the bill at the Nordic Fight Night on March 14. All the action will be broadcast live in Denmark on TV3 Sports 2 from 19.00 and TV3+ from 21.00. Tickets are available via billetlugen.dk.