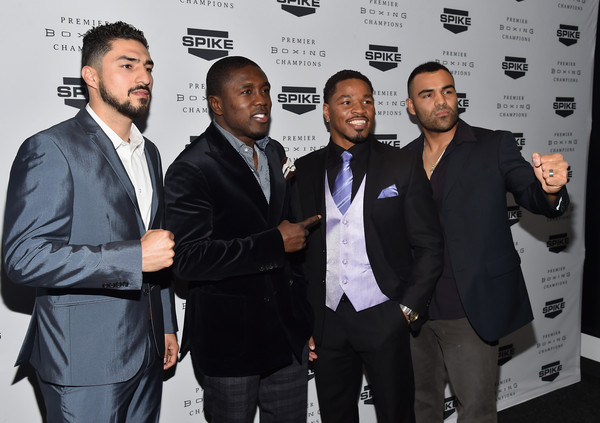 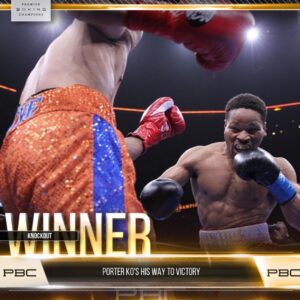 PBC on NBC got to a mini controversial start with the Adrien Broner plus 1 weigh-in fiasco. Now while the broadcast delivered high ratings, the action was a little subdued for most of the card minus some good moments in the main event between Keith Thurman and Robert Guerrero.

Yesterday we got a glimpse of PBC on Spike for the first time with a card that featured Andre Berto vs. Josesito Lopez and Shawn Porter vs. Roberto Garcia.. It looked like we were going to get off to an auspicious start similar to PBC on NBC when Roberto Garcia did not appear to the weigh in because many insiders reported he was just flat out overweight. Then the speculation began to be who would fill in the spot. It came down to two fights, Erik Bone or Karim Mayfield. Both camps reported signing contracts, and the decision wasn’t made until midday Friday. Bone was chosen. Mayfield for his troubles got some step aside cash and a return fight from Al Haymon.

Here are some of my takeaways for the first event on Spike.

I still hate them. Yes, it does feel like The Contender or American Gladiators type of theme. I rather the boxers come out with their entourage and have their own music. Boxing is a sport I love to cover because of the personalities, and I feel the entrances and the lack of a ring announcer kind of takes away from it. But if they deliver good fights, it’s something I can live with.

All around I think the crew of host Dana Jacobson, announcers Scott Hansen, Jimmy Smith, and color commentator were outstanding. The feel of the fight was more exciting and more lively. Hansen was great calling the fights and maybe it’s because Marv Albert hasn’t called a fight in a long time that led to him being rusty. But Hansen was good. Antonio Tarver was fired from his gig on Showtime because of testing positive for a steroid but behind the mic he is excellent. Nothing against Sugar Ray Leonard, who is an all-time great boxer but he doesn’t come off a smooth as Tarver behind the microphone. The only complaint about the crew would be the spot light on Tommy Hearns. Listen I love the Hitman but to put that much attention and doing a Q and A on a fighter that’s been through many wars while slurring his speech isn’t likely the best option.

The fights certainly delivered. Porter-Bone was unexpectedly fun. Bone was game and proved he wasn’t just there for a paycheck. He clipped Porter a few times but just wasn’t doing much damage. After 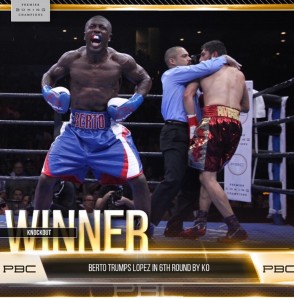 it had looked like Bone suffered an ankle injury, Porter pounced attacked and got a 5th round stoppage

The swing bout put heavyweights Chris Arreola and Curtis Harper. As far as physical specimens go, it wasn’t much to look at but both men left it all on the line. Surprisingly enough, Arreola got a test he wasn’t expecting and didn’t prepare for weighing in over 260 lbs. The bout was a back and forth 8 round affair where both men had their moments with Arreola even dropping Harper early on. Harper fought back, wobbled and clipped Arreola on several occasions. But Arreola with more of the pedigree outlasted Harper but it was a telling story of how far Arreola may have dropped since his losses to Bermane Stiverne.

In the main event, it seemed like it couldn’t miss, and it didn’t Josesito Lopez was acting like a bully against Andre Berto early on, landing to the body and pushing back a tense Berto. However, Berto got his timing down after the first 4 rounds where he could have easily been down 4-0. In the 5th, we saw some live and the hand speed we’ve come to know from Berto. In the 6th, he dropped Lopez and Lopez got the benefit of a count. Berto dropped Lopez again but referee Raul Caiz Jr. did not give Lopez a second count. It might have been an early stoppage but it looked like Lopez was being worn down, and he wasn’t coming back.

If the fights are as entertaining as last night, PBC on Spike could be a great vehicle for fighters. I’m not sure what the demographic or ratings they are shooting for but on a normal ESPN2 Friday Night Fights night, the average ratings are anywhere between 200,000-400,000 viewers. Now let see they get close to 1 million viewers in Spike that would be a great number considering Wrestling Entertainment’s TNA programming were doing those numbers when they were on Spike TV.

As far as the fighters go, yes I’d like to see Erik Bone and Curtis Harper with real training camps get back on television. I’d love to see a Victor Ortiz-Andre Berto rematch. Josesito Lopez makes for fun fights, but it looks like from here on out he will be more of an opponent than anything else. What Shawn Porter lacks in skill he makes up for it in aggression; bring on Porter versus Keith Thurman. As for Chris Arreola, if he’s not going to take things seriously, there are plenty of other guys starving to get on television.